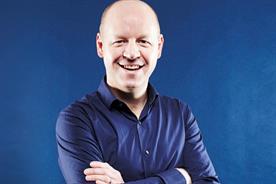 Chair of The Marketing Society

Craig started his career in 1992 as a marketing graduate trainee at Thomson Holidays, leading to a role as a Product Manager. Craig joined Virgin in 1997 as a Product Manager in their fledgling rail business and after launching thetrainline.com, he rose to become Sales and Marketing Director of Virgin Trains. He joined John Lewis in March 2008, as Head of Brand Communications and became Marketing Director in 2010. He has presided over an overhaul of the retailer’s customer and marketing strategies, helping drive six consecutive years of sales growth and market share gains in every category.

He is probably best known for delivering a number of high profile campaigns including the much talked about ‘Always A Woman’ in 2010 to re-launch John Lewis's 'Never Knowingly Undersold' policy, as well as a series of increasingly famous Christmas campaigns like ‘The Long Wait’ (2011), 'The Snowman's Journey' (2012), the most talked about campaign of 2013, 'The Bear and The Hare'; ‘Monty and Mabel’ (2014), The Man in the Moon (2015), Buster the Boxer campaign (2016), Moz the Monster (2017) and in Christmas 2018 The Boy and the Piano, featuring Elton John. The brand has gone on from strength to strength under his tenure, winning numerous awards including the Marketing Society’s Brand of the Year in 2010 & 2011, the IPA Effectiveness Grand Prix 2012, the Marketing Society Award for Long Term Marketing 2012 and a Cannes Effectiveness Lion in 2013.

He joined the John Lewis Management Board in September 2015 as Customer Director, where he is responsible for all aspects of marketing, digital marketing, JohnLewis.com, brand & Customer experience, store design & development and creative & content design. He became Chairman of the Marketing Society Board in November 2017.

Insights from your Industry

Innovating the creative process at speed

A Global Conversation: 27 May

After the success of our inaugural conversation, we bring together leaders from each of our hubs once again

Our next CEO Conversation is with ITV’s first ever female chief executive, Carolyn McCall DBE.