Ahead of her delivering the Ogilvy Lecture at Amplify 2019
Interviews

We interviewed Jan Gooding, Chair of Given, PAMCo Ltd and Partner of Jericho Chambers last year, before she delivered the Ogilvy Lecture at Amplify Marketing Festival 2019.

You’re delivering this year’s Ogilvy Lecture, what should Amplify attendees expect this year?

In the lecture, I’ll be looking at the subject of trustworthiness. I’ll be discussing how leaders must demonstrate they are trustworthy in a context of falsehoods with fake facts, fake news, and fake leaders. Trustworthiness is an essential component of leadership and the ability to drive change. How do trustworthy brands behave? What relevance does this have to how you lead your organisation and develop authentic brand strategy and marketing?

You were appointed Aviva’s first Global Inclusion Director, tell us a bit about this role and how it came about?

It was an unusual move, for both me and Aviva. I’d come from a marketing background and not one in HR or culture change. Aviva was concerned that they weren’t making enough progress and wanted to accelerate the pace of change when it came to diversity and inclusion. I was appointed by the board and worked closely with them and the people leadership team to develop the policies and strategy to foster a fair and inclusive working environment for everyone at Aviva.

Our new mission for 2019 is to Empower Brave Leaders, how can we do this?

This is something that I’ll be addressing in the Ogilvy Lecture at Amplify Marketing Festival. I think that it’s easier said than done. Empowerment comes from within, a lot of the time it’s looking at what is standing in your way and discovering how you can be more assertive. Courage is about taking risks, speaking your mind and being bold in pursuit of your ideas. As an industry, we need to change the agenda and invest in capabilities, so people feel equipped to navigate the rapidly changing world of AI and the implications of our climate emergency. The marketing industry needs to become all-encompassing and play its full part in leading change in attitudes and behaviour not simply reflecting the status quo. It’s all about people and development; the importance of developing and empowering your own people to become brave leaders at whatever level they are operating.

What have been the bravest decisions of your career so far – as both a client and an agency? What has been your proudest moment?

The bravest decision of my career is when I was sacked from my job in advertising and I went on to found my own brand consultancy. It would have been easy for me to look for a job with another agency, instead, I decided to reinvent completely. The consultancy I formed with Kathy Oldridge quickly landed clients like Diageo, with brands Gordon’s Gin, Johnnie Walker and then Unilever, which confirmed for me that I had taken the right path. We were pioneering a new kind of brand consultancy, working virtually and taking advantage of the emerging opportunities afforded by the arrival of broadband and mobile working.

I think when it comes to being a client, the bravest decision would be taking on the role of Global Inclusion Director at Aviva. I was leaving behind everything I knew or had learned working in marketing and applying this to people, culture and diversity. It was a big step for both myself and the company.

Nike first caught my eye with the Colin Kaepernick advert, however, their standout moment for me was the campaign with South African intersex athlete, Caster Semenya. The campaign was incredibly bold and brave, and it proves that marketing has a big role to play in politics and helping to drive change in social attitudes. On the day on which the campaign was launched Semenya lost her legal case which would see her required to artificially lower the level testosterone level in her bloodstream to allow her to compete.

The campaign would have worked regardless of whether or not she won or lost the case, it would have still been an effective marketing statement. However, the fact that she lost the case makes this statement even more confident and incredibly brave.

You can watch the campaign here.

You currently act as Chair of the Board of Trustees for Stonewall, can you tell us a bit about the work that they do and how your role plays into this?

Section 28 was an offensive piece of legislation designed to prevent the so-called 'promotion' of homosexuality in schools; as well as stigmatising lesbian, gay and bi people, it galvanised the LGBT community.

The aim from the outset was to create a professional lobbying group that would prevent such attacks on lesbians, gay and bi people from ever occurring again. Stonewall has subsequently put the case for equality on the mainstream political agenda by winning support within all the main political parties and now has offices in England, Scotland and Wales.

Now our focus is not only on changing the law, but also igniting social change. We’re the government’s preferred schools partner responsible for ensuring that children of primary school age receive relationship education to make schools LGBT inclusive. We also work with both corporate and private companies on how to empower and include LGBT employees in the workplace. We’re empowering a change in social attitude.

How important a role does diversity and inclusion play in marketing? Is there anything that you think we, as an industry could be doing better?

The role that diversity and inclusion play within the marketing industry is critical. If you don’t have an inclusive culture, it inhibits the performance of individuals. A diverse workforce is more profitable for a business. Marketing agencies and professionals have the opportunity to act as advisors for their clients, to advise on how they can work on developing an inclusive culture within their own organisations and in their proposition development and marketing. I think there’s still a long way to go, I think whilst the agenda is being taken seriously, there’s still a lot of talking about it and not as much action as I’d like to see. 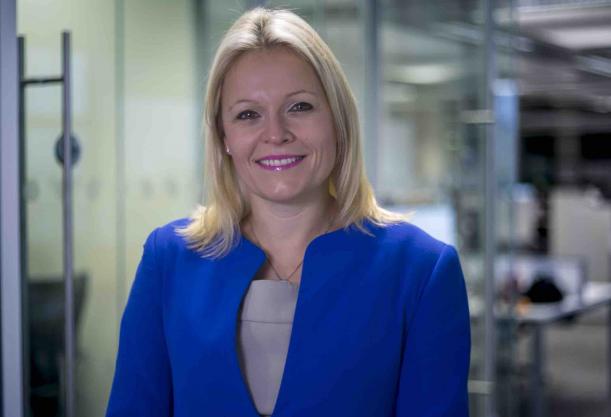