What will the brands of Covid-19 be?

A gentle look back at the brands that were associated with the two World Wars as we enter into the “war” on Coronavirus to help us think about opportunities.

I worked on Oxo for over 10 years, first at JWT and then at The Value Engineers. It holds a special place in my heart and is possibly one of the reasons that I love brand stories so much. It is a brand with a long history and many interesting and amusing stories along the way. 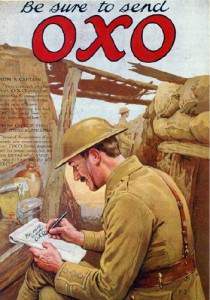 Some of those stories centre on WW1 when Oxo was a trench favourite – various museums have letters from young soldiers writing home and asking loved ones to “send chocolate and Oxo cubes”. Oxo went onto to have great success post war and is one a select group of FMCG brands that are still available today but were in the backpacks of every soldier – others in that group include Typhoo Tea, Bovril, HP Sauce, Rose’s Lime Cordial and Cadbury’s

Thinking about WW1 also reminded me that it was the birthplace for other brands,

perhaps one of the most famous of which was the Burberry trench coat. It became so popular because it fitted the needs of the time so much better than its predecessors. It was much lighter than the traditional long woolen greatcoats and waterproof too. It was practical - Epaulettes were used to display an officer's rank, there was a gun flap buttoned at the chest. Map cases and other equipment could be attached to D-rings on the belt.

It was “Khaki” (the Hindi word for dust) another sensible move away from the previous brightly coloured military. World War II has more brands associated with it but some of the stories about those brands are not so well known.

Many people would know that the birth of the Beetle happened after the war though fewer know that it was a British officer, Major Ivan Hirst, who was crucial to its early years. There is still a road in Wolfsburg, not far from Volkswagens factory buildings, that is named in his honour "Major-Hirst-Straße". (My version of the story is in my book The Prisoner and the Penguin) 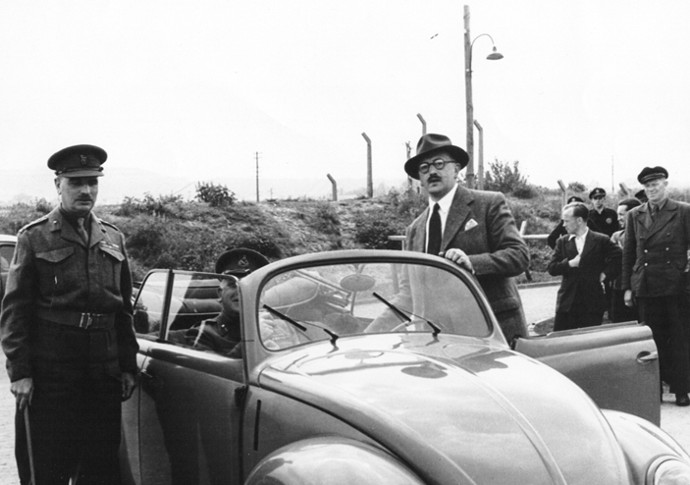 Less well known is that many historians put Ireland’s ability to maintain its independence was due to Guinness. Though he was angered by their stance Winston Churchill knew Guinness was integral to the preservation of morale on the UK home front.

He tried imposing economic sanctions but when the Irish played the ‘Guinness card’ saying it was going to restrict production for Ireland only, the UK government gave way.  (More on this) 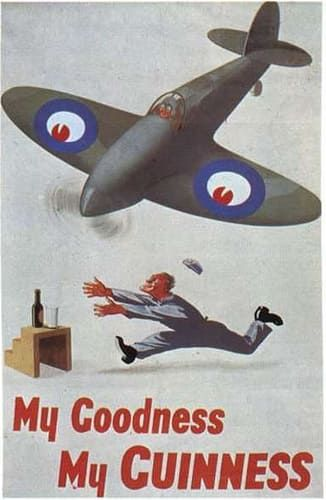 World War II was also the source of many innovations though not all of them were deliberate.

Dr. Harry Coover, then working for Kodak, was looking for new ways to manufacture gun sights. Instead and by accident he discovered a chemical mixture that bonded extremely strongly, so strongly that once things were stuck together, they were very difficult to separate. He abandoned the mixture as it wasn't what he needed. It wouldn’t be until 1958 that Superglue would make its way to the market.

Another angle on how brands respond to war and crisis, is how the cosmetics industry positioned the role of make-up during WWII. Makeup was positioned as a patriotic duty. Tax money was even funneled into propaganda ads which encouraged women to put on red lipstick and face powder to do their part in fighting against Hitler. It was known that the Führer hated makeup on women (when they would visit his country retreat they would get a list of things they couldn't do, like wear red lipstick or color their nails,) but looking your most glamorous was also seen as a morale boost to the boys fighting overseas.

Tangee, which was one of the biggest lipstick makers of the time, started a campaign called "War, Women, and Lipstick". Their ads included copy like, "No lipstick — ours or anyone elses's — will win the war. But it symbolizes one of the reasons we are fighting...the precious right of women to be feminine and lovely, under any circumstances." Elizabeth Arden made lipstick shades called ‘Victory Red’. (more here) 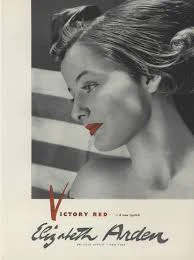 While it’s enjoyable to look back on these brands, we also need to be thinking about what brands can and should be doing now and looking forward to what the future might hold. Doing nothing isn’t really an option as research from America shows that 50% of consumers there, want brands to step up their game. 98% of Americans expect brands to take some form of action during the pandemic.

Some of the questions marketers must ask themselves are:

How can we help in solving the crisis? Can we contribute in some way?
Here the story of how LVMH committed to help produce hand sanitizer gel and started deliveries within 72 hours is one of my favourites - but the list is growing daily and includes: The big 3 auto manufacturers in the US are retrofitting their factories to build masks and ventilators, The Gates foundation is partnering with Amazon to get home testing kits out to Americans, Zara is manufacturing scrubs for hospitals in Spain, Brewdog is producing sanitizer – Brewgel – Punk sanitizer.

Is there some way we can tweak our positioning or highlight our benefits in ways which will help people cope better?
How do we need to position our brands when we come out of the crisis? What will be the opportunities?
What are the opportunities for new brands, products and services? Are there innovations that we need to prioritize and accelerate?

There is an old adage – necessity (or war) is the mother of invention and right now we needs to find some solutions, to find hope and ways to cope. While physically we may be locked down our minds are still free to think, create and engineer solutions. The speed at which the vaccines are being developed, the speed at which factories are being repurposed and new innovations are happening – Dyson developing a new ventilator being just one example - there will be more.

And what if anything can we learn from these stories of the past to provide us with inspiration?

Ernest Rutherford the scientist once famously said “we haven’t got the money, so we’ll have to think?” and more than ever it is time for owners of businesses to think and invent, to understand the role their brands can play in reframing a better more sustainable world for 2020 and beyond. 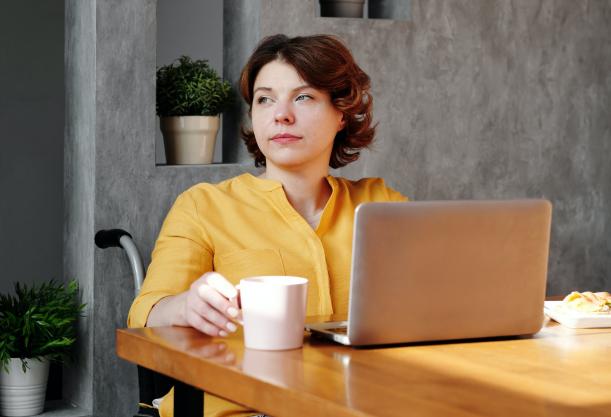 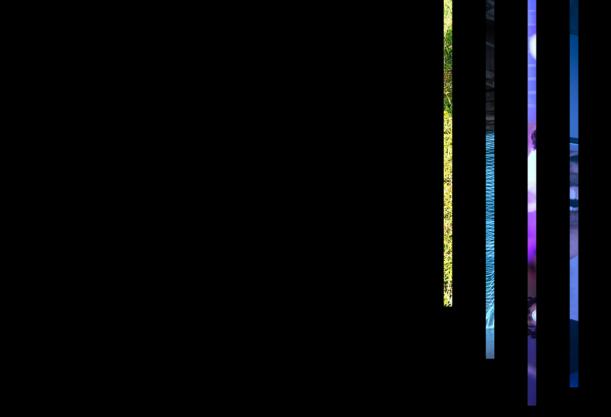 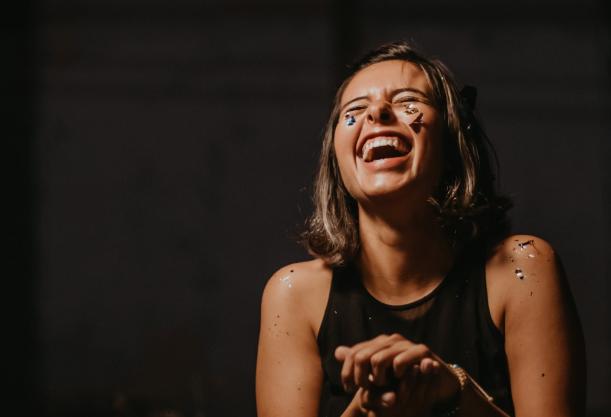