Social media in the Middle East

The influence and reach of social media ranges from amusing video series to determined activism in the Middle East. We’re taking a look at where influencers are flocking to and what’s keeping consumers are engaged.

Influencers in the Middle East are gaining global corporate attention and engaging more closely with their audiences than in the past, gathering fans and earning big bucks with every live stream.

Dubai has become the influencer capital of the world, BBC reports. One influencer’s attention to Dubai gives insight into why the Middle East’s social media scene has boomed in recent years. Turkish influencer Busra Duran and her husband relocated to Dubai in 2019, where they’ve been paid to pose, promote, ride in helicopters, and dine in the city’s finest establishments, exchanging promotion for payment. Why Dubai? “This is where the big brands are,” her husband claims. Showing off their lavish lifestyles in a successful post-oil economy, she and other extravagant travelers are promoting the tourism, brands, and capitalistic culture that Dubai thrives on.

On Snapchat, influencers like Taim Al Falasi from the United Arab Emirates can charge £3,000 for a photo. Snap published a press release on May 20th announcing the newest tools and monetization opportunities on the app, many of which cater to their diverse artistic creators. The update includes trending insights for influencers, access to a catalogue of music and audio for creators, and the ability to save, edit, and directly post projects. Snap claims that “90% of Snap Stars receive Story Replies from their fans,” and the creatives take advantage of those Story Replies “as a way to build stronger relationships and engage” with their audiences. These updates are sure to maintain creator interest and boost consumer excitement as the technology continues to grow.

Al Falasi is more than her 3.1 million Instagram followers and 823,000 Snapchat subscribers: she also owns a chain of seven restaurants, and sells medical procedures to her avid followers. She even worked on the 10 Million Meals campaign, which brought food to communities hit hard by the pandemic in the UAE. Her reach, not unlike that of other massive influencers in the region, ranges from simple pop culture to governmental initiative.

Social media outlets provide a safe space for Middle Eastern communities to discuss generally polarized subjects. Activists are using Instagram, Clubhouse, and other social platforms to project their voices and take part in traditionally hushed conversations in an open space.

In Kuwait, activist @lan.asket has cultivated a feminist community through supportive and action-based content on Instagram. The account focuses on gender based violence, promoting feminist ideals and providing a method to report violence anonymously through a Google doc linked in their account bio. The account has more than 17,000 followers spanning beyond Kuwait and participates in artist collaborations engages with a diverse audience base of men and women.

Clubhouse has been downloaded 1.1 million times since January in the Middle East, accounting for 7% of global app downloads. For a while, users could engage in usually taboo conversations such as abortion, political leadership, sexual harassment, and mental health. As the app’s security tightens, users are maintaining their communities while avoiding repercussions.

Social media outlets provide a safe space for Middle Eastern communities to discuss generally polarized subjects. Activists are using Instagram, Clubhouse, and other social platforms to project their voices and take part in traditionally hushed conversations in an open space.

While also used for casual group conversations, music appreciation sessions, and even prayer services, the app is showing immense potential as a channel for taboo discussions. Farid Modarressi, an Iranian journalist who hosts an election chat room, says that Iranians are participating in polarized conversations that they haven’t had in a while: “Clubhouse is making us hear the other side.”

Blue collar workers are using TikTok to highlight workplace issues in Gulf countries, and their videos are fostering a community of solidarity. Domestic laborers are taking to the platform to dramatize sarcastic, humorous grievances or vent about weighty workplace abuses, both of which resonate with followers and have garnered a massive following for several creators.

Nieza Tuñacao, a Filipino housekeeper in Kuwait, posted a TikTok series about problems she faces at work, titled the “OFW Diaries.” The videos are viewed by her 1.2 million followers. She and others are breaking norms by posting what are normally private grievances, and their posts often gain attention from employers.

Many TikTokers opt to continue posting for the communal support. Merygene Cajoto, a Filipino in Saudi Arabia with more than 18 million followers, posts and receives “videos and advice” from friends and views the platform as “a kind of help line.” Brenda Dama, who gained more than 32,000 followers after one of her posts went viral, maintains her account even after being reprimanded by her employer. She said the comments and support make her “feel like [she has] company.”

Many people living in the Middle East are also taking advantage of the financial and employment opportunities that social platforms are providing.

The Dubai Chamber of Commerce and Industry and TikTok are running technical training programs for startups and small businesses. The online portal will provide digital marketing training for TikTok specifically and will teach users how to develop campaigns and create content on the platform. Announced in May, the four-week programs are scheduled to run for the next two years.

Whether advancing skills on TikTok or seeking aid on Instagram, the Middle East is engaging in social media in particularly unique ways. Creators are taking hold of these massive platforms and organically reinventing them for their own audiences and global communities, and brands have a unique opportunity to utilize these all-encompassing social platforms to engage with highly motivated consumers. 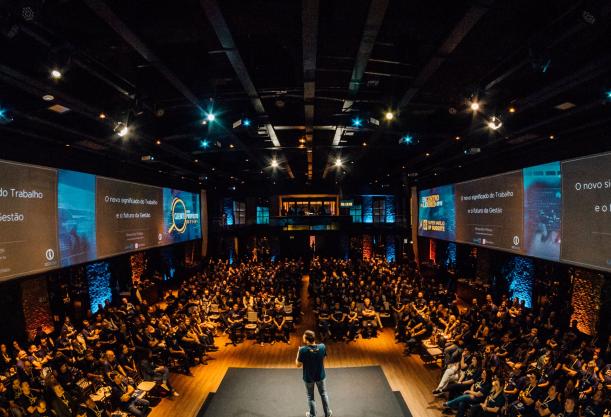