What can we learn from the amazing innovations and growth in China, Singapore, India and beyond?
By Peter Fisk
Think piece

The world’s most dynamic markets today are in Asia.

China is the world’s second largest economy, a huge new and growing consumer market, and home to many of the world’s fastest growing companies. Alibaba to Baidu, BYD and Bytedance, China Mobile to Didi Chuxing, Haier to Huawei, SAIC to Tencent, Dalian Wanda and Xiaomi. China has shifted from imitator to innovator, fundamentally driving new technologies, new applications, and the new agenda for business.

And whilst China is growing at around 5-6%, many other Asian countries will grow even faster through the next decade: India, Bangladesh, Vietnam, Malaysia and the Philippines. Collectively these are known at the 7% club. Indeed we could add another list of great non-Chinese Asian companies like DBS and Grab in Singapore, Samsung and LG in South Korea, Uniqlo and Softbank in Japan, Reliance and Tata in India.

Whilst the 19th century belonged to Europe, and the 20th century to America, the 21st century is Asian. In particular, it is the “Eurasian” market axis, connecting Europe and Asia, that is likely to grow most significantly. Bruno Maçães argues in his book “The Dawn of Eurasia” that the distinction between Europe and Asia has disappeared, that China’s new “Silk Road” projects are more important than the G20, and that Europe is missing the boat on the third globalisation.

Meanwhile Parag Kanna says in his recent book “5 billion people, two-thirds of the world’s mega-cities, one-third of the global economy, two-thirds of global economic growth, thirty of the Fortune 100, six of the ten largest banks, eight of the ten largest armies, five nuclear powers, massive technological innovation, the newest crop of top-ranked universities. Asia is also the world’s most ethnically, linguistically and culturally diverse region of the planet, eluding any remotely meaningful generalization beyond the geographic label itself. Even for Asians, Asia is dizzying to navigate.”

And as we move rapidly towards the 2020s, the amount of change and uncertainty in markets is likely to increase further, challenging the more structured and analytical approaches of the west. Built into Asian culture and religion is a resilience to cope with change, but also an optimism to thrive on change, which is likely to serve them well.

Yet this is not just about abandoning your local markets and heading East. What is even more relevant to most companies, particularly in Western markets, is that Asian business do thing differently – they innovate, compete and grow in different ways.

25 years ago I met my wife who is half Chinese. Getting to know her family opened my eyes to a very different attitude to life and work. Whilst the following might seem nice words, I can see how they really do instil a very different approach to work, life and success. From the smallest business, to the huge new corporations, they offer us new ideas and inspiration.

17 Lessons from Asia for Europe

So what can we learn from Asian companies, that we can apply back home?

You may agree or disagree. What else would you add? You may find that the state interventionist approach is not fair, destabilises  competition, and that many of these companies would have failed in their infancy but for such support. You may argue that the Asian “heads down” work ethic could easily be supplanted by machines in an emerging world of AI and robotics, and that Europe is better focused on more human, creative and added-value skills and work. As you walk around Shanghai, you may feel uncomfortable that the Chinese police evaluate you with their data-powered AR-enabled dark glasses, or how social credits drive compliant behaviour, and aspects of freedom and human rights are ignored. Yet Asian companies are fascinating, creative and not going away.

This year’s Thinkers50 European Business Forum, bringing together the world’s top business thinkers with Europe’s business leaders, focuses on this topic. How can European businesses learn from the approaches of Asian companies. How can we take the best new ideas and apply them to our own companies here in Europe? For two inspiring days in Odense, Denmark – itself a hub of 21st century robotics – we bring together many different perspectives on this challenge.

In the European Business Lecture 2019, Alex Osterwalder gives his view on how Europe’s companies can be invincible. Also Erin Meyer on how they can work better together, top strategist Scott Anthony on innovating in dual transformation, Kjell Nordstrom gets funky again, Irene Yuan Son takes us to Africa, Navi Radjou contrasts India and America, Erica Dhawan gets you more connected, Haiyan Wang learns from China, and Howard Yu helps us leap forwards in new ways.

This article is by Peter Fisk first appeared on thegeniusworks website here.
Learn more of the best ideas from Asia at the Thinkers50 European Business Forum 2019 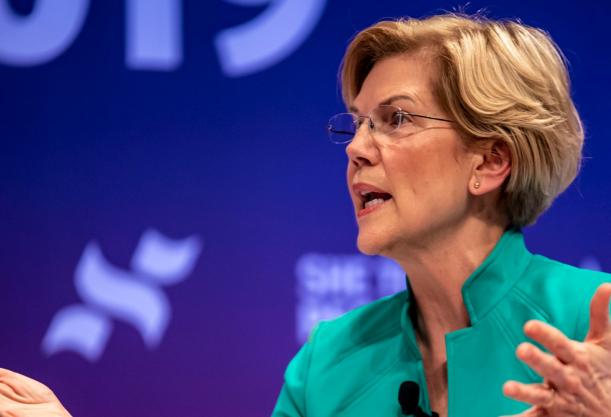 If Elizabeth Warren became POTUS and broke up big tech 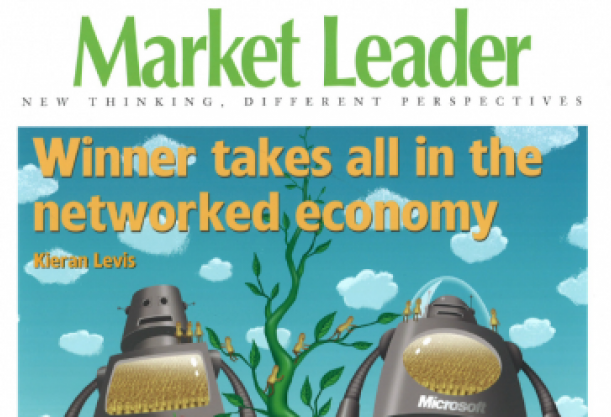