Behavioural Science 2019: The past, the present and the future

In this article we set the scene for a series that will deep dive into New Frontiers in Behavioural Science.

In the last decade, behavioural science has, without question, become mainstream. It’s now over sixteen years since Daniel Kahneman won the Nobel Prize for Economics in 2002 for his work with Amos Tversky founding and developing the field of behavioural science. During the 1970s and 1980s, the duo fought hard to change established and entrenched thinking in both psychology and economics. Tversky once said "We were able to take psychology out of the contrived laboratory and address the topic from experiences all around us"[1], a foundation which is still the approach among the best of today’s researchers.

It’s also over ten years since another landmark; Richard Thaler and Cass Sunstein publishing their bestselling book ‘Nudge’, a book which revolutionised the way we think about choice and people’s decision-making. The book ultimately helped to launch the concept of a behavioural insights team, with the first team becoming established in the UK government in 2010 after the UK’s then Prime minister, David Cameron changed his thinking upon reading the book.

Since then the momentum behind behavioural science has only continued, with growth in its application accelerating year on year. The field picked up even more recognition when Richard Thaler recently won the Nobel Prize for Economics in 2017. As psychologist Robert Cialdini, and author of ‘Influence’, another classic bestseller about the application of behavioural science, recently said, behavioural science is ‘no temporary fling’. It’s now not only established as a field in its own right, but is becoming integrated with other disciplines, teams and technology such as machine learning, tech and neuroscience.

The rapid growth of the field can perhaps be explained by its timing; these new insights came at a time when there was a general dissatisfaction and growing frustration that rational models were not explaining behaviour and that attitudinal understanding was not leading to behavioural change.

Behavioural science what is it and what have we learnt:

In general, behavioural science is a scientific model of human behaviour which acknowledges and embraces the inherent cognitive biases and distortions that often characterise human judgement and decision making, recognising that much of what influences our thinking is actually going on subconsciously. It recognises the importance of habits in our everyday lives - automatic behaviours that we do without thinking, cued by the environment around us, of social and cultural effects as we try to ensure we fit in with society, and of just how much our decisions can be - unbeknown to us - affected by our surrounding, immediate context and or by how choices and information are presented to us.

Concepts such as framing and anchoring, originally identified by Tversky and Kahneman, illustrate how tiny, subtle, differences in how questions or choices are described, can drastically affect our decisions. Anchoring describes how we fix on a particular piece of information as a reference point, and then navigate from it to make a choice. Without a reference point, it’s hard to know what to choose and we can feel unsure what to do. Framing shows how much we are influenced by how information is presented and made salient to us. A simple example is the surgeon asked by his patient about the likely risks of a forthcoming operation. He replies ‘10 out of 100 people who have the operation will die’ rather than the more comforting ‘90 out of 100 people will survive.’

We also rely on mental shortcuts to make decisions. We don’t always have the time or inclination to analyse everything systematically. So, when making judgements we often ignore information, preferring to use simple rules of thumb or heuristics, to help us reach a decision faster and more easily. Some of these are hardwired through evolutionary processes and others are learned via experience.

Other heuristics or shortcuts include concepts such as availability bias or affect bias to help us make decisions (rightly or wrongly). Availability bias - when we believe that whatever most easily comes to mind or is salient or vivid, is most likely to happen - frequently steers our decision-making, particularly around our judgement of risk. Terrorism, air crashes and homicide almost always feel more likely causes of death and tragedy than car accidents and the diseases of today such as heart disease. Affect bias too - when our decision or choice isn’t based on objective information, but more on our emotional response - whether we instinctively like or dislike something.

We also tend to gravitate towards the status quo and stick with what has already been pre-selected for us, or what we’ve been provisionally opted or ‘defaulted’ into. For example, retirement savings enrolment and contributions can be hugely affected by whether employees are automatically enrolled or if they must take action themselves and opt-in. Participation rates under ‘opt-in’ systems are almost always lower than rates when people must ‘opt-out’ - typically 30-40% versus 80-90%. Another good illustration of the impact of defaults comes from healthcare decisions. Healthcare institutions are continually striving to balance quality of patient care with cost efficiency. One clear area of cost saving comes from the prescription of generic drugs - chemically identical to the branded or proprietary versions, just as effective and yet usually a fraction of the price. To encourage more generics prescription, Mitesh Patel, Director of The Nudge Unit at Penn Medicine Center recently trialled a tiny tweak to the prescription order system on the University of Pennsylvania Electronic Health Record system. When doctors there select the drug they want to prescribe they click on a drop-down menu. Previously, branded drugs were listed at the top of that menu and generics at the bottom. Patel flipped the order so that generic drugs were listed first, implying they were the default. It had an astounding effect. Before the trial, the generics prescribing rate at Penn Medicine was around 75.0%. Immediately after the change in the drop-down order, the generic prescribing rate increased rapidly to 98.4% and remained there for the ten-month test period.[2]

Research has also highlighted how communicating what are known as descriptive social norms - what others are actually doing - to people can change or ‘nudge’ their behaviour. We have a common tendency to conform - to adopt the opinions and follow the behaviours of the majority. For example, in a 2008 study, the message “Join your fellow guests in helping to save the environment” helped to encourage more hotel guests to reuse their towels during their stay. 75% of guests used their towels more than once, an increase of 12%. Similarly, it’s thought the message “A record turnout is expected”, implying that a high majority of people intended to vote, and used by the Barack Obama campaign in the lead up to the US Presidential election in 2008 helped to increase voter turnout by an estimated 5 million from 2004. Turnout rates rose to 57% - the highest turnout since 1968.

How behavioural science is being applied today

For marketers and researchers, behavioural science represented a breakthrough in thinking and approach, providing a structure for what we may have often done intuitively along with a robust vocabulary and set of methodological tools with which to explore and navigate consumer behaviour. It has allowed us primarily to better understand consumer behaviour to the point where we are better equipped to predict and explain behaviour, providing a more robust basis for strategic decision-making.

Secondly, this greater understanding has enabled us to systematically consider how we might nudge or change behaviour. Concepts such as those described above provide us with a multi-faceted toolbox with which to design interventions to influence behaviour.

In the public sector too, the application of behavioural science is strongly embedded. As well as the UK government’s pioneering Behavioural Insights Team, the Obama administration was also one of the early adopters, establishing its own unit - the Social and Behavioural Science Team. There are now around 200 behavioural insights teams within governments across the world, focused on the application of behavioural insights to improve public policy.[4] The OECD recently commented that “Behavioural insights can no longer be seen as a fashionable short-term foray by public bodies. They have taken root in many ways across many countries around the world.” There are also units being founded outside of central government, for example, in healthcare, such as The Nudge Unit at Penn Medicine Center, University of Pennsylvania.

In the public arena, there is a rich spread of conferences, journals, books and courses from which to draw on. Beyond well-established academic conferences, commercial conferences now include the Behavioural Exchange, ideas42’s Behavioural Summit and the IIEX Behaviour Conference. Academics and practitioners are also regularly publishing accessible books about behavioural science - recently published books and highly acclaimed books include ‘The Undoing Project’ by Michael Lewis and ‘Misbehaving’ by Richard Thaler.

Academic platforms and research centres have also grown, with three new journals dedicated to the application of behavioural science in public policy: Journal of Behavioural Public Administration, Behavioural Science & Policy, and Behavioural Public Policy. There are also increasing numbers of academic courses and executive education on offer worldwide to cater for the significant new demand, such as those at LSE, Yale, UCL, Columbia, Warwick, Monash and Chicago to name just a few.

Looking to the future – what our New Frontiers series will explore

Behavioural science now has an even firmer footing than ever before. With its evolution over the past two decades, it has brought new understanding, insights and approaches, understanding which is being keenly applied in all sectors, from healthcare, finance and tech to international aid, regulation and public policy.

Over the next few months our series will reveal what the biggest developments have been over the last few years – for example, the nuances around social norms, defaults, framing and paradox of choice – as well as looking to where the field is headed for the future.

[3] Chief Behavioural Officer: It's the new must have role

Crawford Hollingworth is co-Founder of The Behavioural Architects, which he launched in 2011 with co-Founders Sian Davies and Sarah Davies. He was also founder of HeadlightVision in London and New York, a behavioural trends research consultancy. HeadlightVision was acquired by WPP in 2003. He has written and spoken widely on the subject of behavioural economics for various institutions and publications, including the Market Research Society, Marketing Society, Market Leader, Aura, AQR, London Business School and Impact magazine. Crawford is a Fellow of The Marketing Society and Royal Society of Arts.

Liz Barker is Global Head of BE Intelligence & Networks at The Behavioural Architects, advancing the application of behavioural science by bridging the worlds of academia and business. Her background is in Economics, particularly the application of behavioural economics across a wide range of fields, from global business and finance to international development. Liz has a BA and MSc in Economics from Cambridge and Oxford. 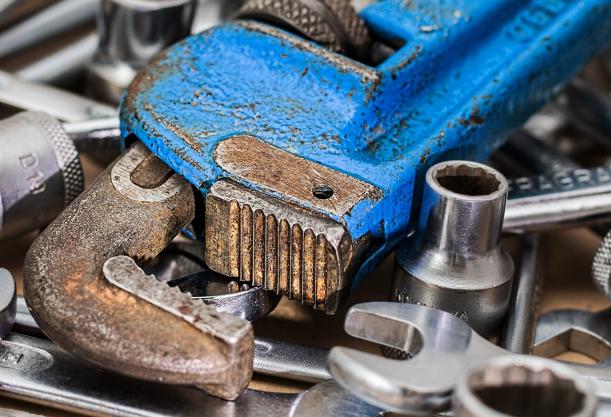