It takes 66 days to form a new habit

Co-founder of DICE, Amy Kean, writes about how the marketing industry continues to resist change

Well, roughly 66 years, since the beginning of what’s referred to as the golden era of advertising, in the 1960s. Perhaps the word ‘golden’ referred to the beige sheen of skin and rich blondness of hair of the men who dominated our industry for so long. There’s many reasons why advertising was primarily male for such a long time; traditional family structures with women staying at home took a while to evolve.

And they’re still evolving. Let’s not forget that during the pandemic 46% of mothers made redundant blame the catastrophic lack of childcare provision (source: Pregnant then Screwed). For a long time, many jobs were gendered; nurses were women, bankers were men, women worked in the arts, men worked in STEM (of course it’s not revolutionarily different today!) The skills required in marketing; negotiation, elaborate presentations and confident public speaking - are sometimes considered to be more male than female. This is all historical baggage that over time society is working to address.

But here’s a radical conspiracy theory: maybe some men didn’t want women in their world, in senior positions. Perhaps they thought women weren’t equipped to deal with megabucks campaigns and the fast-paced living of account management.

Resistance to change is common. I should know; I’ve worked in innovation for over a decade (after creative and strategy roles) and am aware of the fight or flight instinct that kicks in when a status quo is threatened. Not everybody wants innovation. Because it’s hard, and stressful. And when it comes to D&I, well… let’s be honest here. Being inclusive is a hassle. Diversity is a chore, right?

Because it’s easier to do what you’ve always done, rather than change. If you change, you might make mistakes, or you may have to work longer hours. If you’re a white man, you may lose status. You might have to face up to the challenge that yes you might be the best man for the job; but not the best person, and recognise the playing field you are winning on is anything but a level one.

But how do we know that our industry is resisting change?

That our industry is still championing men over women and white people over people of colour? Because we can see it in our events. Even now, in 2020, when virtual events are commonplace and the only barrier to speaking is an internet connection, the all-male lineups are everywhere. And the manels! (All male panels.) And the wanels! (All white male panels.) Just this month the Mobile Marketing Association promoted an event with seven male keynotes, and ISBA ran a webinar where only one out of the 12 speakers was female. This sends a message to the industry, and it’s not a positive one.

Because the reality is: if you work in an industry (any industry!) and don’t see someone who looks, sounds or thinks like you on stage, then why on earth would you believe that you belong?

A year ago, some industry peers and I launched Diversity and Inclusion at Conferences and Events. It’s a self-regulatory charter and educational tool that sets out how an events organiser can make their products look and feel diverse. It’s based on the Protected Characteristics of the 2010 Equality Act and sets out to include people, across race, gender, age; including accessibility and disability and considering the LGBTQ+ community. The charter has 10 points, every point is worth 10%, and events companies can submit their lineups to get a % score and become DICE certified.

It’s so simple! Our certified events are already in double figures, including Advertising Week, the IAB, Bloom and The Marketing Society. We’ve also moved outside of the ad industry and outside the UK, and have an international, multi-sector initiative on our hands.

'Personally, I received a lot of nasty public and private messages from white men who said that by launching a diversity initiative I was being racist and sexist.'
Amy Kean, co-founder of DICE

But it hasn’t been plain sailing. Some people resisted. Personally, I received a lot of nasty public and private messages from white men who said that by launching a diversity initiative I was being racist and sexist. I know some men tried to get some other men to stage a boycott and join forces to retain the norm.

I was told if I wanted to see diversity on stages, I needed to ask nicely. Ignoring the fact that ‘tone policing’ is a common form of gaslighting towards those asking for change, I get it. I get why progress is so slow in events. Because when it comes to events we’re dealing with ego. Personal brand-building. Professional development. Bubbles, networks and experts.

And so only some serious stuff is going to kick these long-term habits.

I don’t think asking nicely is going to help, much. We don’t have the time! Me and my DICE co-founders - Seb, Nicola, James and Faisal - are working voluntarily to try and fix this stuff, but we also need to earn a living! In my case, I’ve just launched a creativity and culture consultancy called Six Things Impossible that helps companies try to build better company cultures and come up with fresher, more inclusive ideas. This might provide another solution but it’s going to take a while, too.

But aside from putting pressure and helping event organisers, in our industry there are only two things that can drive real change; money, and reputation. Brand marketers, you need to lead the way, and insist on diverse, inclusive and respectful agencies. We need to stop attending events that have all-male lineups so that conference organisers can feel the financial hit. You - the reader - the CMOs and marketing leads, the ones with the real influence need to be loud about how this is no longer acceptable.

It’s hard to break habits, but it’s easier to take a stand. If you want to help events become more diverse, all you need to do is tweet something like the following:

“It’s 2020 and all male all white lineups at events are unacceptable. This is why I’m supporting @theDICEcharter. We want to see better representation on stages. Asked to speak at an event? Ask for DICE.”

It sends another message, and this time it’s a positive one. If we all work together, hopefully we won’t have to wait until the 2060s to see true equality in our industry. 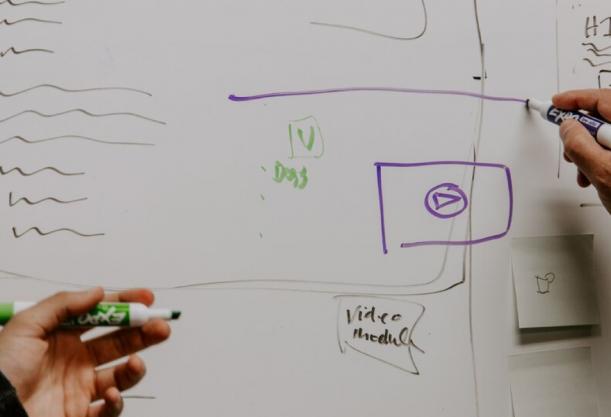