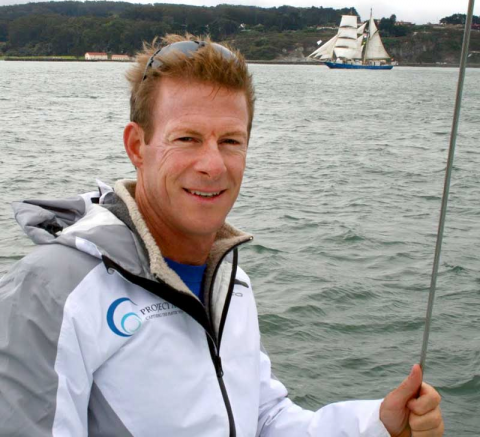 Doug is the Founder and Managing Director of Ocean Recovery Alliance, which is focused on bringing innovative solutions, technology, collaborations and policy together to impact positive improvements for the health of the ocean. In 2018 he received the Prince’s Award for Innovative Philanthropy by Prince Albert of Monaco, and has been recognized as a UN Climate Hero and a Google Earth Hero for his efforts.  Ocean Recovery Alliance is one of the first NGOs to be working with both the United Nations Environment (UNEP) and the World Bank.  Two global preventative projects on the issues of plastic waste were announced at the Clinton Global Initiative in 2010: the Plastic Disclosure Project, and the Global Alert platform.

He is the founder of the Plasticity Forum, first launched in Rio de Janeiro at the Rio+20 Earth Summit, and has since been held in Hong Kong, New York, Portugal, Shanghai, London, Dallas and Los Angeles, and Sydney in October 2017.  The event is unique globally, and focuses on the future of plastic, and where the leaders are going with design, innovation, materials, recycling and solutions, for a world with a reduced waste footprint.  He is the founder of Kids Ocean Day Hong Kong, as well as the Grate Art project, which puts Art for Awareness on city streets in Hong Kong to remind people not to dump into storm drains, as they lead to the sea.  He is a sought after speaker at events on plastic pollution, ocean and environmental related topics.

Doug has worked in Asia for over 25 years in a number of industries which have been at the forefront of technology within their sectors, mainly related to the environment and new media platforms.  He also spent four years in the asset management industry and set up the framework for a Global Environmental Technology fund in 1998 with Merrill Lynch.

Doug is a competitive swimmer and outrigger paddler, and has been nominated as Open Water Swimmer of the Year for his contributions to the sport. Born in Northern California, he has a dual masters degree from The Wharton School (MBA) and Johns Hopkins University, School of Advanced International Studies (SAIS), and an undergraduate degree in Economics and Political Science from the University of California at Berkeley.  Board of Directors: Ocean Recovery Alliance Inc.

On Wednesday 17 June we are hosting a conversation about the plastic pollution crisis—and the movement working to end it.

Doug is the Founder and Managing Director of Ocean Recovery Alliance, which is focused on bringing innovative solutions, technology, collaborations