A book full of smiles 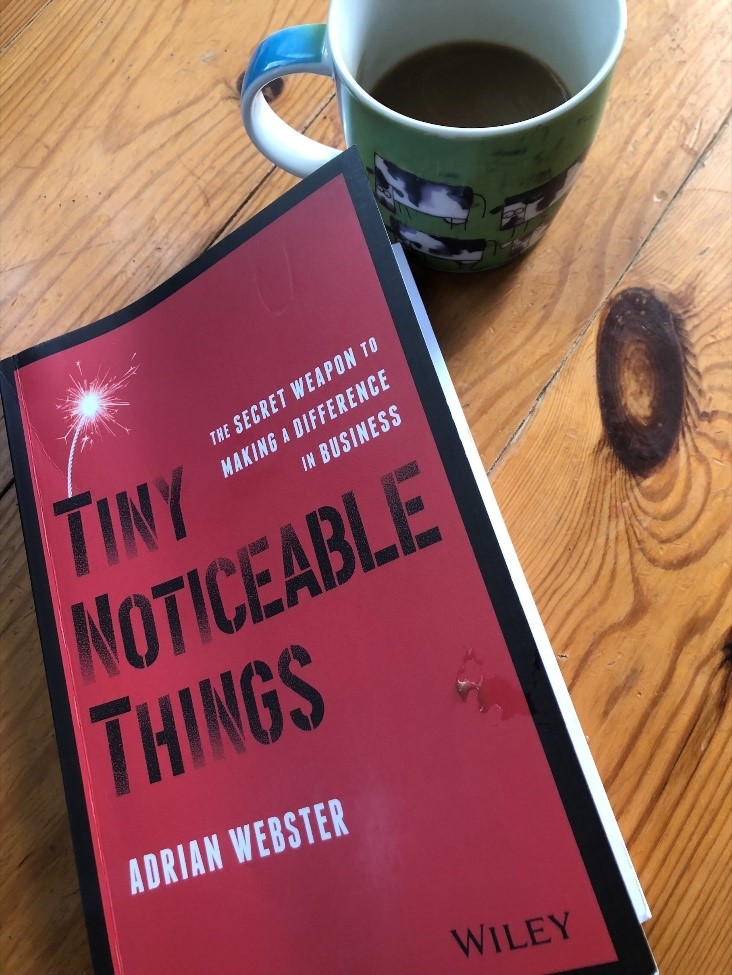 Webster defines Tiny Noticeable Things as “the little things that people don’t need to do, but do do. They may be tiny, but they are explosive, and they create the biggest, longest-lasting and most vivid pictures in people’s minds”.

As he frequently says, playing to his dynamite acronym, they go “Boom” in a really positive way with those who are on the receiving end of one.

They are a cross between exceptional service and another three-letter acronym – the RAK – the random act of kindness.

Webster, who amongst other things is a motivational speaker, decided he wanted to popularize the idea of TNTs and their benefits and to counter the too frequent sharing and shaming of bad service. So, he asked people in his audiences to share their positive experiences of TNTs with them.

It’s a clever move that means he gets a rich and wide variety of examples which he splits into four categories – Customer, Team, Personal and Covid. It also means that he is much less the author than the curator and editor of the stories but he does a fair job of it.

One of the most consistent responses to a TNT is a smile and I must admit that I got the same response reading them – they make you smile, they make you think “wow” great service does exist. They also make you realise that there is still a lot of kindness in this world.

The stories are all short, some only a couple of hundred words some a bit longer, but I doubt any are over 1000 which means it’s an easy book to pick up, put down and pick up again later. It isn’t a book you have to read in one a long-sitting and indeed may benefit from a dip in and out approach (Can you have too much of a good thing?).

It’s hard to pick a favourite but as someone who loves stories about brands, the tale around the origin of ‘pay-it-forward’ is certainly in my top ten.

Webster tells it like this, “At 7am one Wednesday morning at a Starbucks in St. Petersburg, Florida, a customer at one of the drive-through windows, having paid for her own coffee, decided to buy a coffee for the driver in the car behind. That person then returned the favour by buying a coffee for the next in line. This ‘pay-it-forward’ cycle continued on for the next 11 hours until 378 customers had bought drinks for a complete stranger.” He goes on to explain that this idea has been around in Italy for a long time where its known as “Caffé Sospeso.”

Webster does add short pieces of observations, analysis, quotes and some tips on how to embed the thinking into your organization. But these are kept short, deliberately I presume so the focus is on the stories and that’s a good thing in my mind because it’s the stories that make you smile and think how can I/we harness that to make a difference.