When they go low, we go high

“We’ll never allow a woman on the executive floor”

“You can have the role, the power and the responsibility but not the title”

“Despite being the most profitable unit, when the promotions were announced we were over-looked in favour of two under-performing men”

“When I came back from maternity leave, I had to take a job that was a lower grade than the one I had when I left”

When Katy Mousinho (my co-author) and I set out to write “Wonder Women” a book of stories and interviews that would celebrate the huge contribution women have made to marketing, we thought we would discover some hair-raising tales. We certainly did. Some made my jaw drop, while Katy was less surprised and said she had experienced similar things herself. Frankly at times I was embarrassed by my fellow men and how women have been treated in this industry. Worryingly, when we talked to some younger women, while things seem to be a bit better, they still face some of the same sorts of treatment.

What we heard though wasn’t all negative. In fact, there was so much more that was positive and uplifting. The strength, the insights, the teamwork and the amount of sheer hard work these women had done and what they achieved was awe inspiring. The women in our stories and interviews deserve respect; hopefully they will be role models for marketers of all sexes to come.

What struck me even more was how these women talked about themselves and how they see the future. In the face of how they have been treated this raised them up even further in my eyes.

Their modesty was humbling. When we first approached many of the women we ultimately spoke to, their first response was “Oh I’m not a Wonder Woman but do you know X or Y, they really are Wonder Women.” In the interviews we would ask (deliberately in an open fashion) “what are you most proud of?” and most talked about the team they had worked with or had helped to build. They didn’t default to a business or brand success.

When we asked what they thought women brought to marketing all said that this wasn’t a black or white issue. There weren’t any exclusively male or female traits but rather there were traits that in their experience were more biased towards women than men.

These included team building which relied in part on their interest in the team member’s social and family life. Women are not only more likely to remember the number of children a team member has but how old they are and their names.

Another bias was that they believed they were more open to emotion and intuition. They would quote themselves as saying “There’s something that doesn’t feel right” while in their experience men tended to want to start with and work from the data.

They recognized their modesty and we regularly heard the idea that if a man thought he had 5 out of 10 necessary characteristics he would apply for a job or promotion whereas a woman who thought she had 8 out of the 10 would maybe consider it.

Many didn’t like the idea of ‘shouting’ about their success, but were torn because they recognized that there was an inherent Catch 22 in their actions. Their modesty meant that it was likely that there would be fewer role models. Interestingly some of the women we have spoken to or written about have now set up or become involved in organizations promoting role models for young women. Edwina Dunn founding The Female Lead is just one example of this.

When it came to looking forward, the women we spoke to were unanimously positive about how the successful marketers of tomorrow needed to balance the so-called masculine and feminine traits. To be part of or create diverse teams where the different approaches, ways of thinking and need for flexibility are all embraced; where women don’t have to become loud to be heard, where intuition and understanding are valued.

A number of them quoted a woman who is a role model to many, Michelle Obama, who said “When they go low, we go high” and for the Wonder Women and Men of tomorrow that should be as high as they want.

Giles Lury is a senior director at the brand consultancy, The Value Engineers. His new book, co-authored with Katy Mousinho, Wonder Women will be published by LID publishing in autumn 2020. 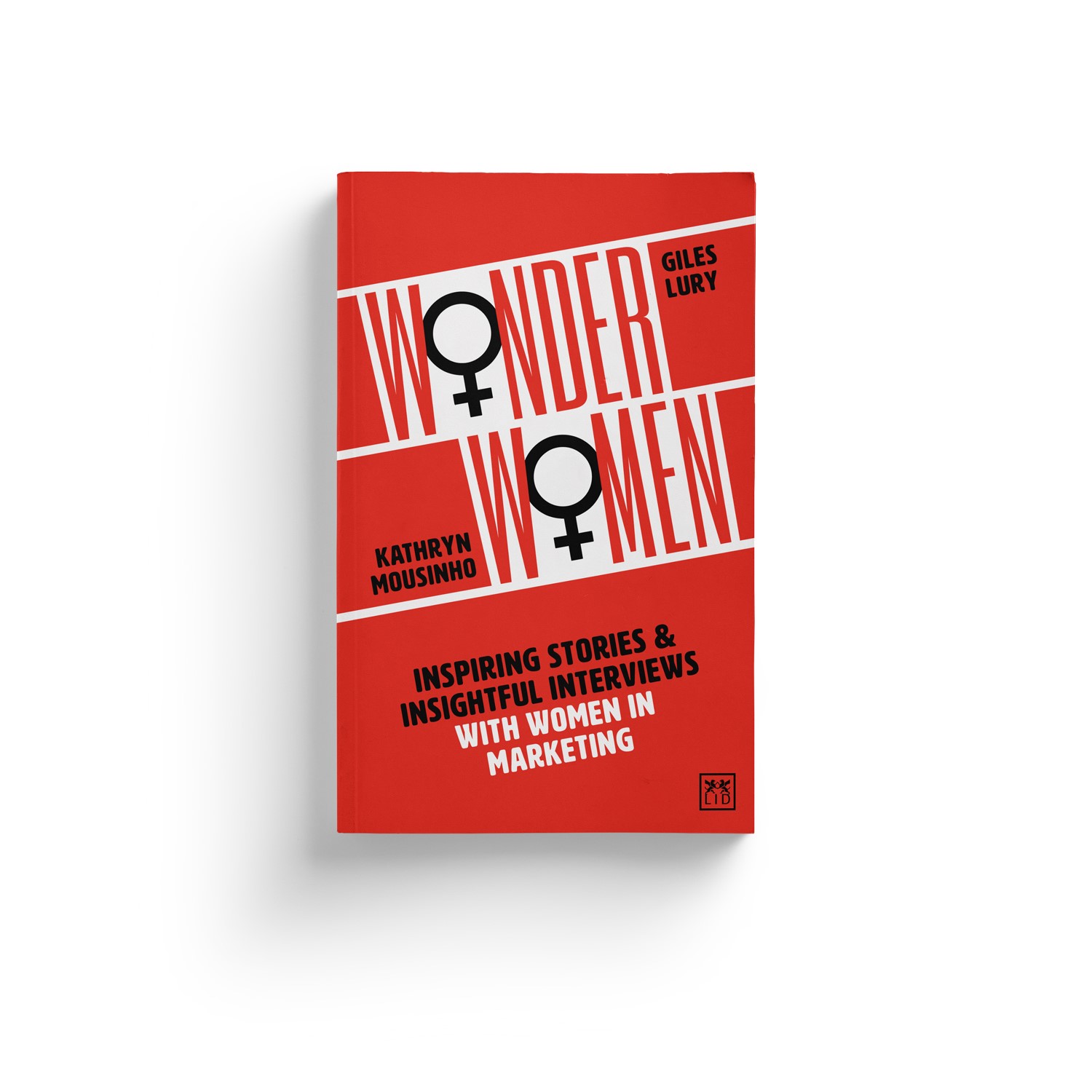