Why has beer advertising lost its bottle?

It used to be said that people didn’t drink the beer, “they drank the advertising”. Despite it being one of the biggest parity markets out there, beer brands used to use creativity and communications to break out of fridges and bars into mainstream culture - but something has gone a little flat in recent years.

My earliest advertising memories were beer ads. Sitting with my parents watching Coronation Street and being hypnotised and entertained in equal measure by ads like ‘Gertcha’ (Courage Best) and Arkright & Tonto (John Smith’s). This continued with fantastic work for Fosters, XXXX and Carling in the 80’s. The thing that sticks with me the most was that these ads were genuinely part of culture. They were referenced in the street, work cafeterias, and parodied on TV comedy sketch shows.

I, and my creative partner Mick Mahoney, have always told clients that the aim of what we do is to ‘generate or join a conversation bigger than the advertising’. Beer ads used to do this, in spades.

When I came into the industry in the 90s beer accounts were still the ones everyone wanted to work on. Later on, I was lucky enough to run planning on Carlsberg at Saatchi's when we did things like ‘Old Lions’ (that mainstream telly and the tabloids ran free editorial praising), and at the same time Paul Silburn (rest in peace) was banging out belter after belter for John Smiths at TBWA.

Beer accounts were the ticket to adland stardom and agency fame. Dave Roberts in his excellent book, “Sad Men” talked about how the best teams in the best agencies always wanted to be the “beer men” (more on the ‘men’ thing later).
So, what happened?

I genuinely can’t remember the last good beer ad I saw, regardless of medium. I can’t think of anything in advertising, experiential or social that has had any sort of impact outside of the awards scene echo chamber.

I had to wrack my brains while writing this to come up with anything, without resorting to Google. I finally managed to think of that Carlsberg drinkable outdoor ad and Brewdog getting some faux outrage by sticking a swear-word on a poster. I liked that Amstel's ‘smallest bar’ thing that Adam&EveDDB did - but I suspect no one who doesn’t work in advertising saw it. Stella did consistently good stuff but they haven’t for a while now. I also thought of that Dilly Dilly thing that took off in the States but that seemed to disappear without a trace here.

Why has the fizz gone out of beer advertising?

Here are five theories on it from someone who genuinely loves good beer work and can’t wait for it to get its mojo back.

It is, obviously, right and proper that there are sensible and considered rules about advertising alcohol – especially to minors. But is it a coincidence that the more restrictive codes from the ASA came in just when the good advertising seemed to dry up? A lot of the more famous beer ads might have fallen seriously foul of Clearcast nowadays but I think this is too simple an argument to be the only reason. Many of the great beer ads that entered popular culture in the 80s wouldn’t have failed current regulations – and everything we did at Saatchi’s on Carlsberg passed them (including ‘Nightclubs’, although I’m still amazed it did.)

Could it be age?

A recent UCL study showed that 29% of 18-24-year olds don’t drink alcohol – and that number has doubled in a decade. Couple this with the fact that the average age of an IPA member is 33. Perhaps the young creative teams just aren’t (literally) soaked in beer culture like their predecessors. You write about what you know, as the old adage goes, and perhaps the young teams just aren’t that into it. It’s a credible theory but I’m not sure I buy it. After all, you don’t have to be a cow to sell milk and most creatives I know still spend a lot of time in the pub.

It could be culture.

The pub is no longer the centre of British life. Maybe beer just isn’t such a huge part of the social fabric of the UK. Maybe there is simply less of a conversation to generate or join. It’s a theory. And I think it’s definitely part of the issue.

I noticed that most of the great beer advertising seemed to get killed by the 10” tag. Good beer ads tended to be telly ads, stories, narratives (Wardrobe Monster? Top Bombing? It’s Floating?). We know from Thinkbox that this would still be the quickest, best way to reach a mass audience. Most of the most recent beer briefs I’ve seen have had budgets would have a struggle to buy a decent TV let alone cover the cost of the media to advertise on one.

There has been a huge consolidation in the beer market over the last 10 years. Most of the great historical work people remember came from independent creative businesses doing work for local clients. It wasn’t done by big conservative holding company teams, terrified to take risks, on massive conservative global corporations. I know from experience and talking to clients that this globalisation has massively limited creative ambition.

Perhaps it has happened, I wondered because agencies now have wonderfully diverse creative departments as an antidote to the beer-swilling, bloke infested departments of the 1980s? The data soon disavowed me of that theory.

I don’t really know the answer, if I’m honest. But I do know that beer accounts used to be the best ones in the agency to work on and are now amongst the worst. Ok, yes, there are restrictions to creativity but there are in a lot of sectors. Yes, there are budget challenges but show me a client who doesn’t have them. Yes, we have to get beyond traditional advertising and into a more experiential, digitally-led world. But, again, isn’t that the challenge that faces everyone?

So, my appeal to beer advertisers, and the agencies who work with them, get ambitious and aspire to break back into mainstream culture again. Do work that people want to talk to the sales team about, not vice versa (it’s cheaper that way). The best thing any marketer can do for their sales team is to create a cultural phenomenon that gets people talking about your brand. You’ll reap what you sow. If 90% of decisions are made at the bar then it’s best to get in people’s heads before they get there, right?

I’ve got a few theories on how we do it. Buy me a beer and I’ll tell you all about them.

This piece first appeared on The Drum. 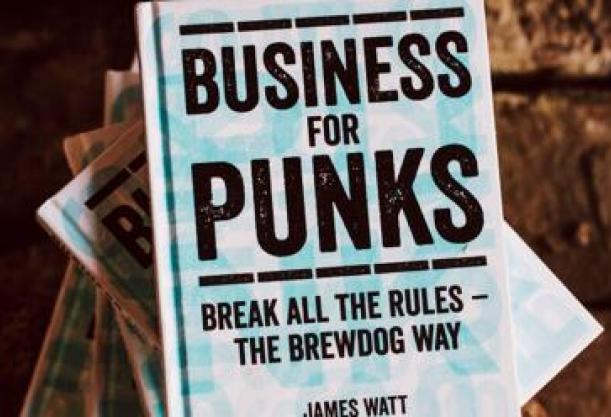 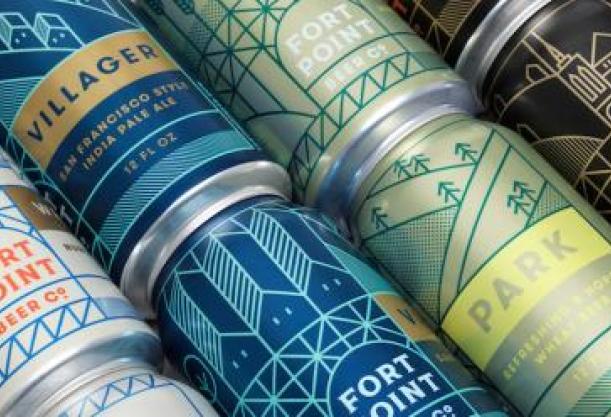 Cheers! A round-up of some of our favourite beer branding 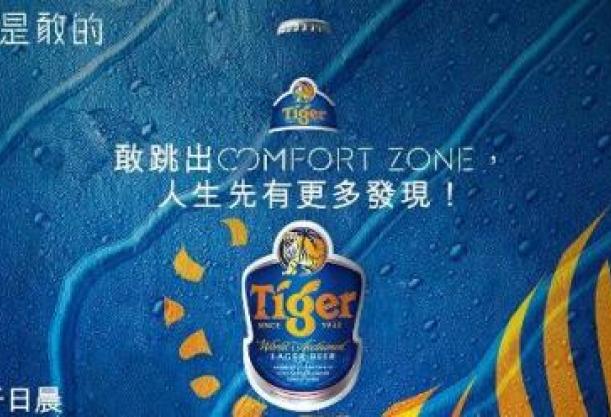 Tiger Beer wants Hongkongers to fire up their passion