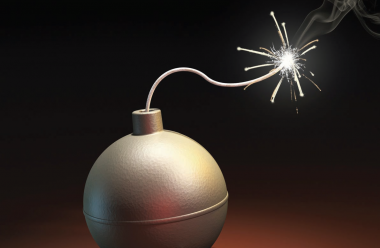 Terry Tyrrell argues that the mismatch of cultures and failure to examine brand fit lies at the root of the problem with strategies of many mergers and acquisitions. A more prominent role for marketing in the due diligence would help

Merging or acquiring is a perfectly sensible strategy for growth and one that, on the face of it, would seem to promise faster and more secure earnings than an organic-growth strategy. But despite the successes, the overall record is surprisingly poor.

‘I’m into murders and executions,’ says the character of Patrick Bateman in Brett Easton Ellis’ gruesome tale of 1980s Wall Street. A tongue-in-cheek twist on his daytime activities of mergers and acquisitions, the insightful remark from American Psycho is somewhat on the money.

M&As are considered by many to be ‘murders most foul’ with a body count that includes AOL-Time Warner, HP-Compaq, Alcatel-Lucent, Daimler Benz-Chrysler, Mattel-The Learning Company and Novell-WordPerfect, to name but a few.

Some mergers failed so spectacularly that the combined company went belly up; others ensured the demise of their masterminds; some companies struggled to reverse their fortunes but not without substantial cost; while others were simply bad ideas doomed from the outset.

Don’t just take my word for it. Much research also supports this gloomy outlook. According to some reports, up to 80% of M&As were considered disappointing, with the main reason being the deterioration of their stock market value. To start with, two-thirds of big mergers lose value on the stock market. Less than half the mergers created in the 1980s and 1990s have created value for shareholders, according to The Conference Board. Perhaps most shockingly McKinsey & Co found that 80% of mergers don’t earn back the costs of the deals themselves.

The problems aren’t just a matter of P&L. Hewlitt Associates’ research also shows that less than 10% of management time is spent on brand fit during M&A due diligence; and 70% of failed mergers are due to poor communication and integration issues (Roffey Park Management Institute). The number-one cause of acquisition failure is due to cultural differences not being addressed (Mitchell & Holmes); and anticipated economies of scale do not always materialise.

In the real world

At worst, operating results deteriorate instead of simply maintaining value and shareholders suffer all round.

On paper it might sound as simple as combining computer systems, integrating a few departments and using brute size to force down costs et voilà, a more profitable giant post-merger. But if this was the case, how do things like ‘ChryslerDaimler – a marriage doomed from the start’ end up splattered across the headlines?

Mergers and acquisitions are very much back in the headlines. McKinsey reports that this year there will be an upturn in M&As on the back of renewed boardroom optimism and struggling businesses ripe for the picking. But there’s nothing headlines love more than a failed merger.

However, it need not be all bad news. Dieter Zetsche, DaimlerChrysler’s outgoing CEO, said in the aftermath of Chrysler’s failed union with Daimler Benz: ‘We obviously overestimated the potential of synergies. I don’t know if any amount of due diligence could have given us a better estimation in that regard.’

I disagree: 360° due diligence would have identified the pitfalls ahead prior to embarking on an M&A, had it put brand at the centre of its strategy.

One of the primary objectives of any M&A strategy should be to increase brand equity. Your brand is your reputation, and reputation sells. Consideration of the reputations of the two merging organisations is critical in ensuring the success of the organisation, post-merger. Like it or not, the world will judge the new brand partly on the ‘why’ behind the merger. Do you and your employees know the answer?

Intangible assets, for example a company’s goodwill, make up most of the value of M&A deals, with brand making up a considerable portion of that asset value. It’s worth remembering that Google, a brand with lean traditional assets, is ranked first on BrandZ’s top 100 Most Powerful Brands list with an eyewatering brand valuation of $114,260m.

Having acknowledged the value of brand on the balance sheet, why is it that consideration of brand strength and brand migration issues is typically left until after the deal is done? Sorting out the combined companies’ brand portfolios is rarely part of due diligence and is typically evaluated post-paperwork and under the heading of ‘cost structures’.

Acquisition is typically motivated by product or market synergies. Deals are brokered and wars are waged round boardroom tables by investment bankers and lawyers, grey ‘suits’ who do not necessarily represent the cultures of the companies in their corner. While not all M&As fail, those that ignore brand issues and cultural differences are putting themselves in danger of failing.

The brands should be part of the central organising principle, with thorough reviews of positioning compatibility and brand migration strategy of the betrothed brands from the outset. After all, the ‘soft issues’ can cause hard landings if not properly addressed.

Brand forensIcs – how to avoId the bloodbath

It is imperative to consider brand impact early on. Ask the following questions:

1 What are the combined drivers of reputation that can add value? Apart from the obvious operational synergies, strategically aligned brand reputations and their reach can lead to attractive revenue synergies. For example, enhancing the acquirer’s sales, enabling it to operate in new markets and increasing the likelihood of success when introducing new products. This was one of American Kraft’s primary motivators behind its hostile acquisition of British Cadbury.

2 How will the new company position itself? Is it merely a matter of combining two sets of reputational assets, or a new opportunity to reposition the combined business, where 1 + 1 = 3?

3 Will the acquirer have the majority of the target company’s voting stock to acquire complete brand control? This will prevent nasty surprises around brand control. Volkswagen learned this lesson the expensive way ($400m to be exact) when it overlooked the small print and bought a pile of Rolls-Royce metal and not the Rolls-Royce brand.

4 What are the relative brand strengths of the two entities?

Consider this in the due diligence process. This will help guide both short- and long-term brand strategy and future brand transitions. The recent Continental-United Airlines merger indicates that the new brand will feature the United name recast in Continental’s font, a move we hope is not simply cosmetic and all veneer.

5 What are the other values that brand analytics offer? An audit of brand product portfolios and overall brand architecture and understanding strengths, weaknesses and synergies will be vital in ‘selling’ the merger to shareholders.

The rules of engagement

Perhaps the single most important area for review is cultural fit. This could make or break the long-term success of the deal. Among the minefield of problems when bringing two companies together, is a difference in corporate cultures. Companies are like families, each having their own habits and rituals. If not acknowledged, the outcome can be resentment, an unwillingness to work together and shrinking productivity.

Cultural fit is vital to talent retention, which is in turn vital to reputation management. After all, your people are your biggest asset – people are your brand. More than half of the respondents to a recent CIPD survey who had recently undergone an M&A said they actively thought about leaving their jobs, citing ‘I find myself in a job I did not pick, working for an organisation I did not choose to work for’. The departure of Phil Rumbol, marketing director at Cadbury and mastermind behind the ‘Cadbury’s gorilla’, is the latest in a lineup of departing executives in the wake of the Kraft takeover. I would hazard a guess that the reasons extend beyond ‘relocation difficulties’.

While culture may seem like a soft issue when evaluating mergers, compared with product, market and resource synergies, the opposite is actually true because culture is pervasive. From the post-room staff to payroll to the principal, it permeates every pore of your business. It affects how the everyday procedures are done, whether there is shared understanding during meetings and in promotion policy, how priorities are set and whether they are uniformly recognised, whether promises that get made are carried out, whether the merger partners agree on how time should be spent, and so forth.

Cultural conventions emerge to make individual firms more efficient by creating a shared understanding that aids communication and action. However, when disjointed, conflict and misunderstanding are added hurdles to realising economic efficiencies.

Vision and communication are at the heart of brand building, which is also at the heart of successful integration. When intercultural differences are ignored during the evaluation and negotiation stages of a merger, integration inevitably fails.

Train your leaders, managers and HR personnel of companies in intercultural competency. Through sensitively managed interviews, questionnaires and communication audit (internal and external), assign a metric that allows identification of synergies and gaps across key cultural areas:

An essential part of your risk management is knowing ahead of time what issues can inform the decision to pursue the M&A and inform the integration strategy. You need to consider what the added value of combining a company’s two best bits is. Also, consider the end point at the beginning and have the best goal in mind from the start and map your strategy towards it.

This exercise should not be seen as reactive damage limitation but as a positive, proactive means of creating cohesion, maximising efficiency and building a competitive advantage. It’s vital to get your people onside early. After all, coups originate from within a country’s own army. If you haven’t got the civil service onside, no prime minister can build an empire.

Terry Tyrrell is worldwide chairman at The Brand Union

According to some reports, up to 80% of M&As were considered disappointing, with the main reason being the deterioration of their stock market value. To start with, two-thirds of big mergers lose value on the stock