Don't be 'brave', just be authentic

Don't be 'brave', just be authentic 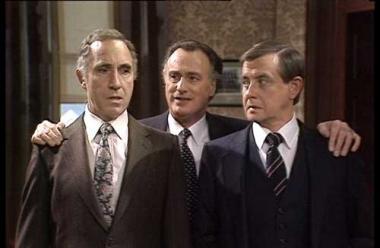 Empower
It continues to defeat me why advertising agencies so persistently urge their clients to be brave.
When Yes Minister’s Sir Humphrey Appleby congratulated Jim Hacker on the courage of his decisions, it was clear to everyone (except Jim Hacker) that being brave to a civil servant meant taking an unnecessary risk that was predictably certain to backfire.
In much the same way, when clients are urged by their agencies to show courage in their approval of some unconventional advertising proposal, the implication is clear. What the agency is saying is this: ‘Fingers crossed, we believe this campaign, unconventional as it is, has a reasonable chance of being a game-changer, an envelope- pusher, a category-buster and a multiple award-winner: it could see your brand rocket in both sales and profitability. However, it’s so unorthodox that, obviously, there can be no certainty about its desired effect. It could well prove ineffective and even possibly counterproductive. In other words, accepting it entails risk which we’re encouraging you to take by exhibiting personal courage. Please sign here.’
From the agency’s point of view, this is not quite win-win – but it’s getting on that way. If the plunge is taken and the campaign works, gongs and glory all round. If it fails, or merely limps along, client-agency relations will be tested, or at worst terminated, but no immediate financial penalty will be incurred. The work, if judged by the advertising community  on looks alone, will almost certainly confer creative credit on the responsible agency. What’s to lose?
But agencies should be skilled at seeing things through the eyes of others. And this is what the same proposal looks like through the eyes of their client – or, to be more precise, through the eyes of the individual human being in the client company who is held personally responsible for the company’s multi-million-pound marketing budget.
‘I’ve listened very carefully to what the agency has to say – and I’m glad they’re doing what I encouraged them to do, and that’s to be adventurous. But all this emphasis on the need for courage on my part confirms me in my instinct that this is a highly risky proposition. There are a couple of particularly opinionated members of my board who will certainly ask me to justify it – which in all honesty, I couldn’t whole-heartedly do. I can utterly appreciate what’s in it for the agency but I’m far from certain what’s in it for us.’
By challenging this honest and honourable person to be brave, the agency is simply exaggerating the attendant risk – while leaving hanging in the air the unpleasant implication  that a person who fails to be brave has shown himself to be a coward.
Telling it straight
I can’t possibly prove it – but my very strong instinct is that a great many citizens in developed countries such as the US and the UK are increasingly dismissive of the bland. I think they sense it instinctively when what they’re being offered has been focus-grouped  out of any individuality. We know that authenticity is increasingly valued – but it has to be authentic authenticity, not the kind that proclaims itself to be a straight kind of guy while continuing to weasel its way out of every difficult question put to it.
In people, one of the most reliable proofs of authenticity is when they are utterly and consistently uncompromising in the views they express. And we don’t even have to share those views in order to respect those who hold them. What else do Boris Johnson, Bernie Sanders, Jeremy Corbyn, Nicola Sturgeon, Donald Trump and Nigel Farage have in common? If you’d focus-grouped any one of them, you wouldn’t have been confident of their electoral potential; yet all have done far better than the experts predicted. In every case, their appeal has been rooted at least as much in what they’re not as in what they are. They’re not bland, they’re not nervously looking over their shoulders, they’re not all too obviously the puppets of their spin doctors and special advisers. They are, like them or laugh at them, clearly their own people. We kind of like that.
When advertising agencies call for courage on the part of their clients, they’re making not one mistake but two. In calling for courage, they emphasise risk; why else should courage be required? And at the same time, they fail to alert their clients to the growing opportunity for brands that are uncompromising; that are something more than vanilla; that have a take on life with which many may disagree but which confirms them in their individuality.
You don’t have to be brave to accept advertising that does this for your brand. (Though, as a gratifying bonus, your less perceptive competitors will think you have been.)

Read more from Jeremy Bullmore in our Clubhouse.