One year on from launching a new creative agency

In early 2018 Ben Hooper, Paul Jacobs, Mark Runacus and Matthew Brown, former Karmarama colleagues, set up Wax/On, an agency designed to put creative and media back together.  A year on, Ben reflects on what he’s learnt over the past 12 months and shares his tips for others who may be tempted to go it alone:

When you announce that you’ve quit your day job and are setting up your own business there’s something fractionally disconcerting about being met with ‘Wow, that’s brave’ or ‘Isn’t the ad industry falling apart?’. As if this was a decision made in the pub the previous night.

Those reactions were no huge surprise. We were almost unknown and were setting up a ‘new’ (well, old) type of agency, one that brought media and creative back together in some kind of retro partnership, the likes of which had all but died out.

But kicking against the doubters was exactly the kind of the incentive we needed to get going.

A year on and Wax/On has just had its first birthday. So, what have we learned so far? Instead of spouting bollocks about ‘killer’ morning routines that involve getting up at 4am, drinking your own piss followed by a game of tennis, I want to share some of the more helpful tips, with a few stark observations thrown in for good measure. And I promise not to mention ‘Brexit’ or ‘purpose’.

As with any business, starting an ad agency at any time is laughably stressful. Every day your mindset is a casserole of different emotions; one second, you’re an industry saviour, the next you’re an imposter about to get rumbled. Throw in the business admin of owning a company plus client work and pitches and it’s an exhausting, often grueling existence that consumes your every waking thought. In short, it’s hard.

Yet it’s almost addictively rewarding. The rush of new business, the passion in the work, the adventure of creating your own brand, discovering exciting talent – all this reminds you why you’re doing it.

The following may all sound blindingly obvious but as is always the way, it’s the simple stuff that makes the difference but is so easily overlooked.

It’s so easy to get excited early on. The wave of support from family and friends, the inspiring words from people you’ve worked with and the dopamine-spiked validation of social media, all conspire to create a constant state of giddiness. Of course, it means nothing until you start winning business and creating work, and while that surge of enthusiasm for what you’re doing drives you at the start, sooner or later the voices fade, and you’re left with nothing to do but prove yourself. Or so we thought. About a month in, someone offered to buy us without a single client or case study to our name. We were barely an agency. We politely declined.

Lesson: The excitement early on will do a great job of drowning out the self-doubt and fear, but stay grounded, focus on case studies and don’t get swept up in the industry hokum, whether that be award fantasies or people inexplicably trying to buy you before you even know who you are.

It’s not always possible to start with a founding client who pays the bills and gives you instant credibility in the market. Resist the temptation to work with anyone willing to pay you; doing this has been one of the best things about our first year.

Early on, we found ourselves pitching for a major, iconic brand in a procurement-led process. These are life-sapping experiences at the best of times, often run by people with little or no understanding of agencies, creativity or brand marketing, asking for nonsense like a cost per GIF. For a start-up, they’re pretty much impossible. I’m proud that we walked away when they only wanted to talk discounts. If we’d worked with them I’m convinced we’d have shut by now.

Lesson: Don’t be seduced by every opportunity, work out quickly whether you really want to work with the brand and the people that work there. And if you dodge a bullet, celebrate.

Before the holding companies began to creak and stumble, the industry was starting to resemble a wheezing fatberg of verbosity and buzz jargon, sucking up any so-called trend that the tech world flushed down the bog. Increasingly, there seems to be a renewed focus on simplicity and transparency. Speak to emerging brands who have a totally different approach to marketing and you quickly realise there is zero tolerance for bullshit. What we do should be simple to comprehend; it should be exciting and make business sense. To quote a timeless BBH mantra: “Not intelligence OR magic, intelligence AND magic.”

Lesson: Be an idealist. It’s your business so aim for both intelligence and magic all of the time and constantly drive against the cumbersome behaviors and language that are suffocating large parts of the agency landscape.

During the fragile beginnings of setting up, self-belief can be as reliable as the flush on a Southern Rail toilet. What’s more essential during these times is unwavering belief in your business model. When things are feeling a bit ropey, you need to trust that the idea you’re hinging your life on is a good one and is able to withstand the inevitable doubt of those tricky first six months.

Lesson: Ruthlessly stress test your idea. There are already too many marketing services offers available so take time to research it with colleagues, friends and mentors and let it settle in your mind for a decent amount of time before taking the plunge. You don’t want to start something that can be easily second-guessed when things aren’t ‘absolutely awesome.’

Back to the future

Our industry, agencies and clients, are obsessed with the shiny and new, the next big thing and the unicorns. It’s easy to forget the foundations of what we do, especially when the likes of Facebook and Google have turned advertising into a toll for brands rather than a creative canvas. And then there’s the vapid, charmless, wild-west that is influencer marketing. Starting an agency at this time it would be easy to ignore what worked in the past in favour of that latest thing that has everybody frothing. Our main gripe was the disconnect between coming up with ideas and where they are seen. The core to solving this emanated from the past – bring creative and media back together. So that’s what we’ve done.

Lesson: If you start out, don’t throw the baby out with the bath water. Look at what’s worked before as well as what’s new and exciting.

The power of perspective

In a world that doesn’t exist, you start your business and everything else in your life takes a rest so you can focus fully on making it a success. Of course, in reality, that doesn’t happen. What we’ve realised is that this isn’t necessarily a bad thing. Getting married, for example, would have been a shoo-in for my ‘list of things to avoid in year one’ yet actually provided some much-needed balance. Although, finding out we’d won a pitch the night before the big day, and celebrating a tad too enthusiastically, was perhaps not my smartest move.

Lesson: Don’t block out important things in your personal life. Starting a business is a big deal but if you’re strung out worrying about creds, pitches and clients all the time, you’re doing it wrong. If you don’t grow, neither will your business.

So, there you have it. I don’t think there’s anything in here that’s startlingly revelatory, but for anyone out there who is thinking about starting their own business I know I would have been grateful for these words of advice 15 months ago.

A few final words…this is a bloody great time to start reshaping how agencies work. The old guard is struggling, new brands and businesses are popping up everywhere and if you can survive now, you should thrive later (especially when optimism finally returns to everyday life from its Ayahuasca-fueled yoga retreat or wherever it is.)

By Ben Hooper, Creative Partner and Co-Founder at Wax/On 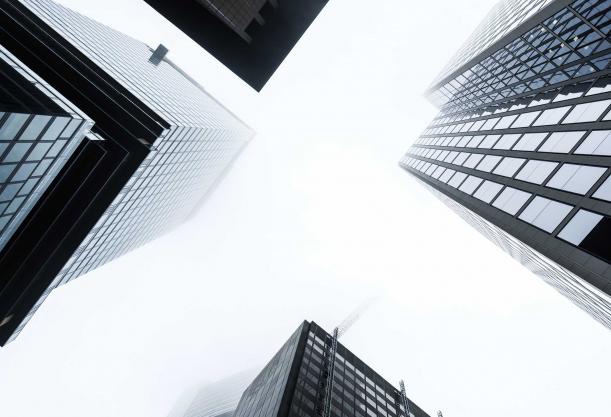