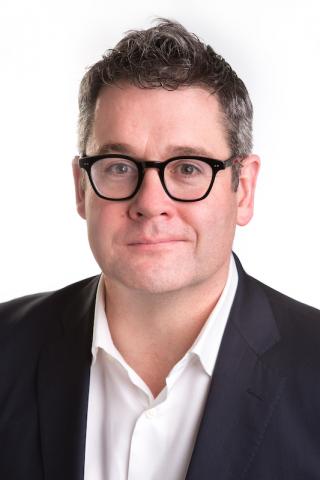 Mark Ritson is a brand consultant and former marketing professor. He has a PhD in Marketing and taught on the MBA programmes of leading business schools including London Business School and MIT. He has written a column on marketing for almost 20 years, winning the PPA Business Columnist of the Year three times. He teaches the Marketing Week Mini MBAs in Marketing and Brand Management.

For thirteen years Mark served as the in-house professor for LVMH.

He writes a weekly column for Marketing Week. On three occasions he has won the Business Columnist of the Year at the PPA Press Awards, the highest award for magazine journalism in the UK. He was also the British Society of Magazine Editors Business Columnist of the Year in 2018. Mark's more scholarly publications include articles in the Sloan Management Review, Harvard Business Review, the Journal of Advertising and the Journal of Consumer Research.

Mark was a Thouron Scholar in 1995 and spent a year at Wharton. I was the recipient of the Ferber Award in 2000 for his doctoral thesis. In 2018 AdNews rated him one of their “Power 50” and he made SmartCompany's top ten business thinkers list for Australia. The AMI gave Mark the Sir Charles McGrath Award, the highest honour for marketing in Australia. And in 2019 he delivered the 30th Anniversary Levitt Group lecture for the Chartered Institute of Marketing in London.

This year's Amplify Marketing Festival Ogilvy Lecture was given my Professor Mark Ritson, with an introduction by Rory Sutherland and