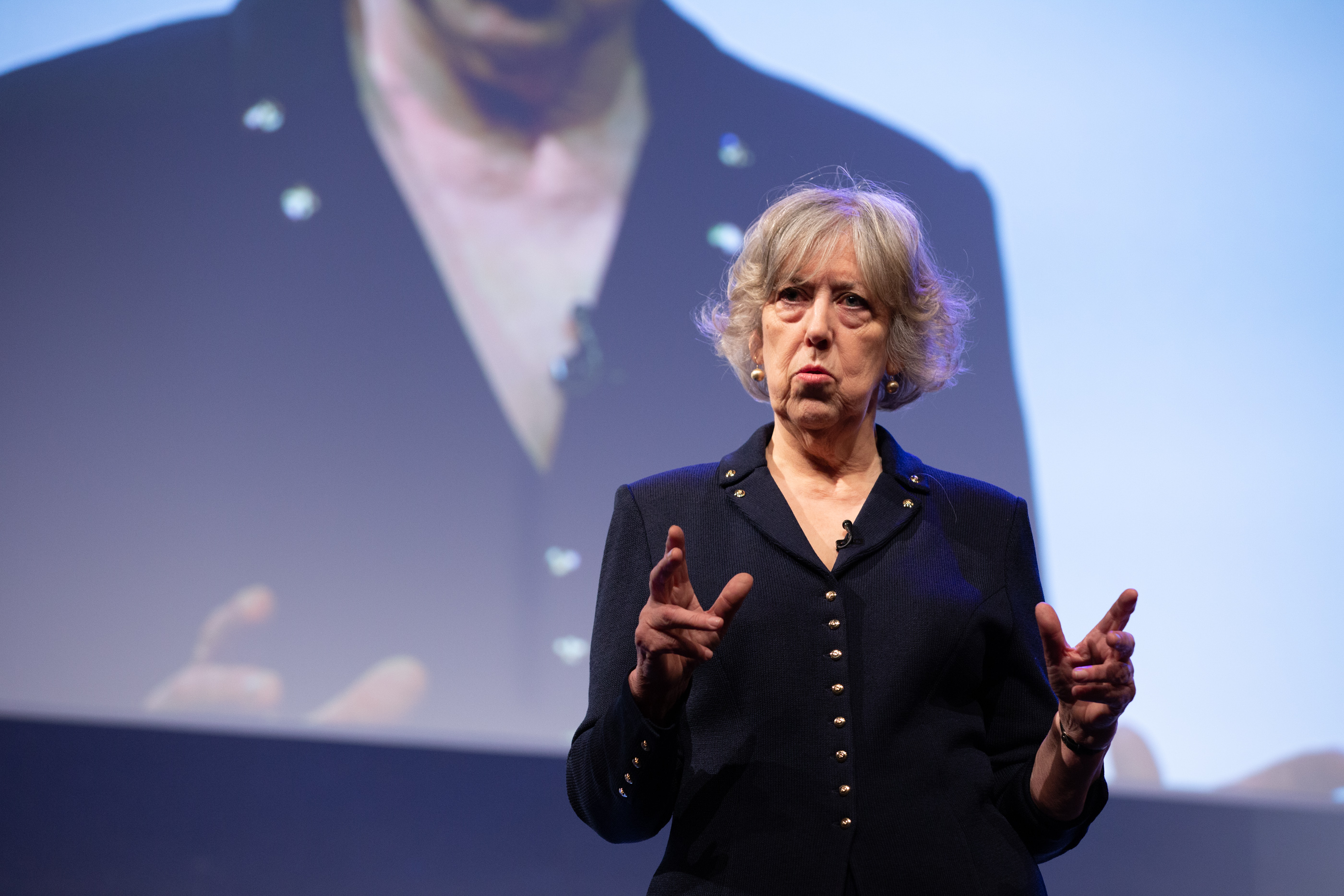 Eliza Manningham-Buller headed Britain’s Security Service (MI5) from 2002 to
2007, leading the organisation though substantial change in the wake of 9/11 and
the threat from Al-Qaeda. During her time at the helm MI5 doubled in size,
opened eight new offices and altered its approach to the professional development
of staff with the establishment of a training academy.
Earlier in her career, Eliza led the Service’s investigation into the Lockerbie
bombing. She served in Washington during the first Gulf war, returning to
establish MI5’s intelligence effort against the Provisional IRA in mainland Britain.
She joined the board and assumed lead responsibility for work on Irish terrorism,
surveillance, technical collection, finance and IT before becoming Deputy Director
General in charge of intelligence operations.
In presentations Eliza draws on her experience in the most demanding of
environments to stress the need for leaders in any walk of life to engage in frank
dialogue and invite criticism: “Do not try to be something you’re not, take
responsibility for your team and remember that praising people takes seconds and
can make an enormous difference. And don’t forget that humour can be found
even in the most awful situations.”
Eliza Manningham-Buller is an active cross-bench Peer serving on numerous
committees including the Science and Technology Committee, and the Chair of
the Wellcome Trust, the world’s second largest non-governmental provider
(behind the Gates Foundation) of funds for scientific research. She was also chosen
to deliver the prestigious BBC Reith Lectures and her analysis of the theme
Securing Freedom formed the basis of her book of the same title.