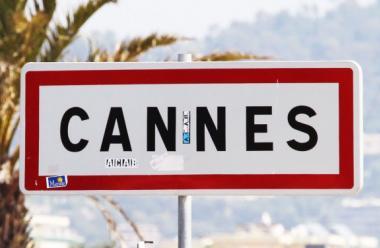 The Cannes Festival is upon us. And therefore so is the usual social media frenzy of folks in adland slagging it off. I’ve heard phrases like 'hell-hole' and 'you’d have to pay me to go' and 'sounds like the worst place in the world' amongst others.

So, I’m going to defend it. Robustly.
Not that it particularly needs my help. It seems from the stats I’ve seen that attendance (client and agency, interestingly) has never been higher, the scope of entrants has never been bigger and the variety of entries beyond the traditional big telly ads has never been wider. But I think it is still worth defending it a bit because I think it deserves it. It is (shock, horror) quite a nice and useful experience in my, er, experience.
The biggest criticism the festival seems to get is that 'it’s just a bunch of advertising people all getting together to talk about advertising'. I genuinely can’t see what’s so ‘hellish’ about that. We all socialise with our colleagues every week and we enjoy it, don’t we? Most of us also have some close friends from within the industry. So what’s exactly wrong with hanging about with advertising people? It seems like a lazy criticism that makes not a lot of sense.
I’ve worked in advertising for twenty years. I’ve met a lot of smart people in that time, I’ve made some very close friends and I get to work every day on interesting and challenging problems. A lot of these smart people will be in Cannes this year, client and agency. A lot of people that I count as close personal friends will also be in Cannes too. And a lot of discussions will take place in Cannes on those interesting and challenging problems around a topic that motivates me – ads, briefs and work. So this doesn’t sound too bad for starters. Certainly no 'hell on earth', eh?
Slagging off Cannes for people in adland is a bit like having a go at teenage mothers or asylum seekers for tabloid journalists. It is a soft and lazy target that will garner some attention but doesn’t really reflect reality. It seems to me that – as usual – the majority of people who slag it off have never actually been. I also find that those same people who slag it off tend to be the first and loudest of the people who laud and trumpet their awards all over social media if & when their agency wins one.
OK, so some people will get drunk and party a bit. Is this any different from any 'management get-together' anywhere in the world? And this brings me to my next point. I find that Cannes provides a simple and convenient place for network colleagues from far-flung parts of the globe to meet and discuss things. I actually think it could be a more cost-effective way of doing this than those big global bespoke agency management get-togethers – mostly because there is also the added benefit of lots of other stuff going on at the same time with people outside your own agency or clients.
So, I’ll be off to Cannes next week where I’ll get to spend some time with some old and close friends. I’ll also get to work face-to-face with some network colleagues I rarely get to sit with. I’ll also get to have loads of conversations – some sober, some drunk - about a topic that I’m passionate about and interested in - creativity. I hope we’ll win our first awards too.
Doesn’t sound that 'hellish' to me.
Kevin is executive planning director at mcgarrybowen London. Read more from him in our Library.