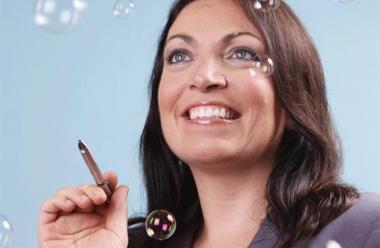 Although men continue to dominate the nation's boardrooms, Roisin Donnelly, corporate marketing director of P&G UK and Ireland, has risen up the ranks and become a influential marketing leader.

As part of Marketing's series looking at female "masters of business", Donnelly explains how gender traits complement one another and make for a better team.

During my career, I have been part of many teams where I was the only woman, but I have also worked on some all-female teams – such as in the US fragrance business.

I strongly believe the most effective team is diverse; with a balance of gender and a blend of working styles and approaches. I have seen time and again that a diverse team drives better business results with more creativity and innovation. However, it is critically important that a diverse team invests time in understanding the strengths of each team player so that they can value the differences, work at maximum potential and have a lot of fun together.

Girls learn to listen to emotions as well as words, but no one leads and no one wins or loses. Boys are playing with bigger teams of other boys in win/lose games

I am not sure whether gender differences are a product of nature or nurture, even after three daughters, but there are clear differences.

I’m a big fan of the work of gender psychologist Dr Pat Heim. She has studied the different games girls and boys play growing up in different countries and cultures, and the skills they learn to bring to the workplace.

Girls spend most of their time playing with small groups of other girls and building relationships. In games of dolls and houses, communications and collaboration are very important and girls learn to listen to emotions as well as words; but no one leads and no one wins or loses.

Meanwhile, boys are playing with bigger teams of other boys in win/lose or team games. They learn to focus on goals and are used to winning and losing, and bring these skills to the workplace. Now, girls and boys are playing the same games online, so you find girls on Stardoll or Club Penguin and boys on war or sports games.

Women are not used to losing and can take this personally, while men don’t always have the skills to listen deeply to colleagues and consumers

With time, and in the right diverse and collaborative environment, we can learn from each other; we can learn how to get the best out of all the people around us, depending on their style; and we can all become better, more rounded marketers and leaders.

This article originally appeared in Marketing, read more from them in our Clubhouse.