What will Brexit mean for Brand Britain?

What will Brexit mean for Brand Britain? 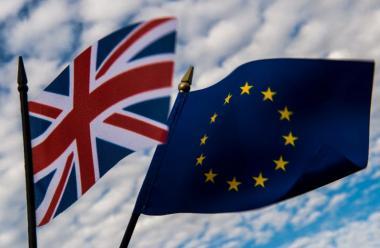 There is lots of comment about the immediate political and financial implications for Britain and whatever you and I might think of the result personally, as a marketer my mind turns to wondering what the implications for Brand Britain will be.

How will the decision be viewed in the wider world? And, by the wider world I don’t mean the stock market traders and politicians I mean people more generally. The people that some of the Leave campaigners claimed politicians here didn’t really understand.

It will, of course, depend on how it is positioned and communicated but I can see how it may actually be perceived as a very positive and a very ‘British’ thing to have done.

We have long be perceived as a strong, proud nation who likes to do things its (our) way and it’s not hard to see how this vote could be positioned that way. “Those independent Brits have decided in favour of their own sovereignty”. I can see Americans loving Farage’s notion that we’ve followed them and are having our own ‘Independence day’.

Britain and its people are known to have a quirky and not always predictable personality and yes we’ve just done the unpredicted again.

The re-action to it by the losers and those dealing with the ‘bump in the road’ is also very Britain. Calm, dignified and stiff upper lips from the resigning David Cameron and “keep calm and carry on” message form Mark Carney (even if he is Canadian).

Immigration may have been the ‘Elephant in the room’ during the campaign here in the UK and some might say that our ‘closing the doors’ will be seen negatively in many countries. However given global issues about the issue and the concerns of people in other countries, it could be that any tightening of borders may be seen as logical even sensible rather than isolationist.