What Vanilla Ice can teach agencies (and clients) about working together

What Vanilla Ice can teach us 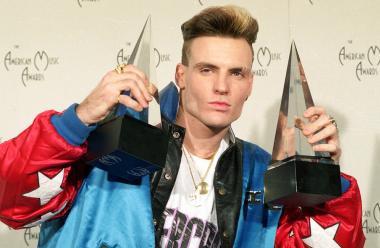 I’ve read a lot of books in the last 15 years. You know the ones, right? We’ve all read the same ones on marketing, strategy, branding and business. One or two of them have occasionally been useful too. But I’ve never come across anything in that time that has given me better advice for managing the client/agency relationships than the opening line of Robert Matthew van Winkle’s 1990 classic, ‘Ice Ice Baby’.

Stop
There is a tendency for us agency folk to assume that if the client asks for something it must be wrong (go on, admit it). We tend to automatically argue against suggested client changes or immediately start working out a way to prevent them happening. We often do this before we’ve even considered these (possibly perfectly reasonable) requests. So, I’d suggest stopping for a couple of minutes before doing this to think about why the request is being made - and not just assume that some malevolent individual is setting out callously to destroy your lovely creative product for no good reason. This is because you really can achieve the best solutions in my experience if you…

Collaborate
I spent three years in my 20s in a fairly senior role on the client-side at British Telecom. I came to realise, pretty quickly, that I had far more in common with the folk at my agency than I did with the sales, financial, billing or proposition people at my own organisation. For starters, you share a common language ('branding', 'grading', 'activations', 'curation') and common frames of reference (Balls, Cogs, Ponys and the like). So, if you act together as allies in getting to a shared positive goal, rather than opponents in a game of 'buying' or 'selling' work, then you’ve got a much better chance of winning. Agencies are from Mars and clients are from Venus, right? Actually the truth is that you are just from slightly different parts of Mars, so…

Listen
Open your ears to what your client (or agency) might be saying to you. Properly listen to them - don’t just wait to talk or automatically say ‘no’. If you are a client, then listen to your agency. They might have a reason for what they are saying beyond just selfishly selling in the creative solution that they’ve been given to ‘sell’ by their shouty Creative Director. If you are an agency person, then listen to your client. They might actually be trying to help you to shape your idea into the best package to get it through their company (a company that is probably staffed by a bunch of folk who don’t share your common language or frame of reference). There have been millions of words written about how to get the best out of client-agency relationships in the last year. But those three little words spoken, before Robert announced he was 'back with a brand new invention', might just be the most useful ones. Not sure about that flat-top though.