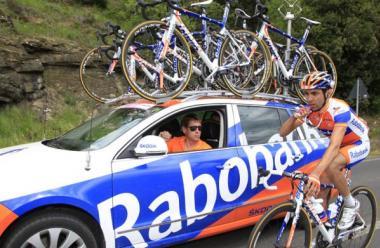 In this extract from Business is Beautiful, a collection of case histories in five categories – integrity, curiosity, elegance, craft and prosperity – Tony Allen and Nick Liddell look at an unusual Dutch bank,
Rabobank. As an example of integrity and stability, Rabobank’s features are described through conversations with two of its senior staff

In many respects, Rabobank appears to be the quintessence of a traditional bank. It can trace its roots back to the mid-19th century, when Friedrich Wilhelm Raiffeisen created the first farmer’s bank in Germany.

The Dutch bank prides itself on its reliability. Rabobank was number 10 in Global Finance’s 2012 ranking of the world’s safest banks and was ranked at number 26 in The Banker’s list of the top 1000 world banks, ahead of France’s Société Générale and Spain’s BBVA.

Vincent Lokin is Rabobank’s head of co-operative and governance. His role is to make sure this co-operative approach to banking works. It’s an approach based on common sense, where decisions are made by people. He explains: “It is important to understand our history to understand our reason for being. We were not founded by people who had money and wanted to make more money. We were founded by people with limited access to money, who decided to organise themselves to achieve more. And the single purpose of this co-operative was to serve its members and its clients. That’s all. Nothing more.

“But to achieve this you need to generate order. To create a sustainable organisation. To comply with the rules of the larger system. Making money is an important aspect because, in the interests of our clients and of the bank, we need stability, continuity and solidity. To maintain that, we need to make profit. Profit is a means through which to serve our clients. It is not a goal to pursue for its own end, or for our shareholders, which is an important difference compared with listed banks.”

Lokin is joined in our conversation by Bouke de Vries, Rabobank’s head of financial sector research. His team analyses the financial sector, following regulatory changes and competitive activity in retail banking. He is ideally placed to talk about Rabobank’s structure and position in the Dutch financial sector.

De Vries says: “In the present situation of financial turmoil and markets, the robust capital position of Rabobank and conservative risk management are important. This builds trust. The fact that we are a co-operative means we are closely positioned towards customers. This is especially relevant today, as the banking sector is facing a lack of trust. We should invite debate with our members and customers about important questions, such as: what went wrong during the credit crisis? How can we rethink banking? And what are the main functions of a bank?”

Debate is a recurring theme in our conversation. De Vries says: “The main point of the co-operative model is that it is democratic and a key aspect of this is that you are willing to be held accountable. The executive board has the authority to set the strategy but they have to ask for approval from the 138 local member banks. They send delegates to the Central Delegates’ Assembly, which is our ‘parliament’.

“As an example, if the local member banks say with good reason that they would like to have the strategy changed, then the strategy will be changed. At the local level, in turn, Rabobank has around 1.9 million members. It is harder to organise debate with millions of members than with 138 member banks, so we have developed other instruments to help to do this, like the Advisory Council, where entrepreneurs and citizens have opportunities to engage with the bank.”

It’s hard to deny that the work that has gone into Rabobank’s co-operative structure is impressive. Democracy and debate are desirable in theory but all too often lead to inefficiency, inflexibility and an inability to set clear strategy in practice. This is acknowledged by Lokin and de Vries.

“Decisions may take longer but when they have to be enacted, they also have a broader support,” says de Vries. Lokin adds: “Structure alone isn’t enough. A structure is just a set of pipelines through which information travels. If the information runs freely then the co-operative model can work. That’s an important part of my role. You cannot be the head of a co-operative. All you can do is act as a catalyst for the system.”

De Vries agrees: “This is about structure and culture. Our bottom-up structure facilitates this kind of democratic debate, but it is the culture and the people that make the difference. We enable a lot of autonomy at a low level to make decisions that are in the best interest of the customers. So the local banks and the advisors that face the customers have a lot of authority to make decisions and our organisation should support these local banks to be as effective as possible.

“The main role of any bank is to finance the real economy. This is also the case for co-operative banks. The main difference is that members control co-operatives and that co-operatives have a decentralised form of organisation. Co-operative banks are historically oriented to do business locally and this is still very much the case. It’s an economic model with socially beneficial outcomes. Each of the members should see their goals being accomplished by the co-operative.

“It is an economic model based on a common purpose and the socially beneficial outcome is that you contribute to local development because you are financing the real economy at a local level. You provide access to finance. You provide access for citizens to financial products. This sounds very logical in theory but it isn’t practised in the developed world today. During the credit crisis we saw a rift emerge between customers and providers of financial services. We are able to go to these customers and say ‘we believe in you as an entrepreneur’.”

This idea of providing finance to entrepreneurs and helping to kickstart the real economy is extremely alluring in the context of a financial crisis. After all, entrepreneurs make up the bulk of our economies.

Lokin points out that Rabobank has more to offer than just financial support: “We want to add value to the society we are in – not just with money but with our network, our knowledge and our people. We arein a position to make a difference by supporting the global food system and making it possible that the nine billion people who will be living on the planet in 2050 can eat. Many of the large parties in food and agriculture are our clients but, to feed nine billion people, it will be necessary to introduce more small farmers to the system. The way to do it is to encourage them to work together as a co-operative, to develop them and connect them to the food system. We think we can teach them to work together. It requires knowledge
more than money.

“We support groups of people in rural areas who could be assisted to set up a co-operative. This is not always about financial support, but a matter of technical assistance. After three to seven years, such groups are capable of developing into a saving co-operative, able to lend money to its members and to use its profits to make the system stronger. We tell them we have been doing this for 114 years. It is great for us to see that these groups become independent from us within a few years.

“As a large bank in the food and agriculture industry, we have direct access to large traders, processors and distributors of food. We also finance local producer co-operatives, so we can contribute to the improvement of opportunities for developing countries and producer co-operatives by giving them access to these global food supply chains, by linking them to our other customers – the larger companies.”

This sounds like a tremendously satisfying situation: Rabobank bringing together a network of smallholders, entrepreneurs and global food giants to support an increasingly hungry planet. But our interviewees don’t paint an entirely rosy picture. Not all of the entrepreneurs Rabobank works with are destined to succeed. And not even Rabobank can satisfy all its customers all the time.

As Lokin explains to us, customer satisfaction is taken extremely seriously at Rabobank, but it isn’t the most important measure of success for a co-operative that tries to do the right thing: “Our customer satisfaction research shows that customers are being heard. But this situation is complex because sometimes our customers are dissatisfied when we don’t sell them what they want.

“If we measure their satisfaction [at thattime] it probably isn’t the best, but we hope that if we go back a year later, they realise why we did what we did. We don’t put the client first. We put the client’s interests first. “Our credit losses on mortgage loans and the number of arrears, which are already historically very low in the Netherlands, are significantly lower than average. We think this is one of the effects of being a co-operative bank, of being interested in your clients and having the guts to say no to your clients, even if you know they won’t like you at the end of the meeting. Thanks to our conservative risk policy, we are in a good position to well withstand the current, less favourable circumstances in the Dutch housing market. We are an important pillar in thesystem, so it is in our own, as well as the client’s, interest that we take a prudent approach in our lending activities.”

Maintaining such a level of integrity is a huge responsibility to take on. Vincent Lokin is clear on one final point: Rabobank’s own integrity relies on the extent to which it takes its own values seriously. This means thosevalues must be constantly explained and questioned. “I think it is good to revisit our core values, not just to assume they persist because they are perfect. I have always tried to understand them. It can sometimes mean we don’t sell a product.

For example, we are in the middle of an interesting discussion about how we can measure the performance of our employees, because theone that sells the most mortgages is not likely to be the person that always works in the best interests of our clients. So how can we resolve supporting our clients’ interests with our commercial requirement to make enough money to keep the system going? “It is a tension and a challenge. But it is our intention to keep discussing this. The moment we stop the discussion, we are lost.”