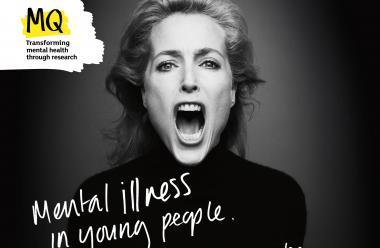 The campaign, created by Pablo, kicked off with a TV ad that premiered during The Undateables this evening. The spot, voiced by actor Anna Friel, aims to compare MQ’s quest to cure mental health problems with advances such as space exploration and the fall of the Berlin wall.

As the ad draws to a close Friel says, "We swear to take it on if you swear to help," before directing viewers to the MQ website for more information.

At Pablo the campaign was written by Tim Snape and Neal Colyer and art directed by James Newport. The TV ad was directed by Greg Brunkalla through Stink. The above-the-line and below-the-line media buying were handled by The Village and Medialab respectively.

MQ is particularly looking to develop research and treatments to support young people following research that found on average three children in each class room will have diagnosable mental illness.

Cynthia Joyce, chief executive at MQ, said: "Enough is enough. Too many young people are experiencing the frustration, pain and uncertainty of mental illness. It is not an inevitable part of life. And it is certainly not acceptable.

"The current state of mental health treatment would simply never be accepted for a physical condition. Through research we can get to grips with this growing crisis in young people's mental health – and build progress towards much-needed hope for everyone affected.

"So the ‘We swear’ campaign aims to make it clear that radical change is needed right now and asks the public to show they ‘give a s**t’ by swearing to take on mental illness."

Anderson and Adams, as well as Melanie C and TV presenters Julia Bradbury and Cherry Healey, star in the accompanying print, outdoor and digital campaign shot by Matt Holyoak.

The dramatic black and white photos are accompanied by the text, "Mental illness in young people. Thinking nothing can be done is utter ****".

The campaign will be extended next week when MQ will encourage people to support the initiative by creating their own version of the posters and share them on social media with the hashtag #WeSwear. 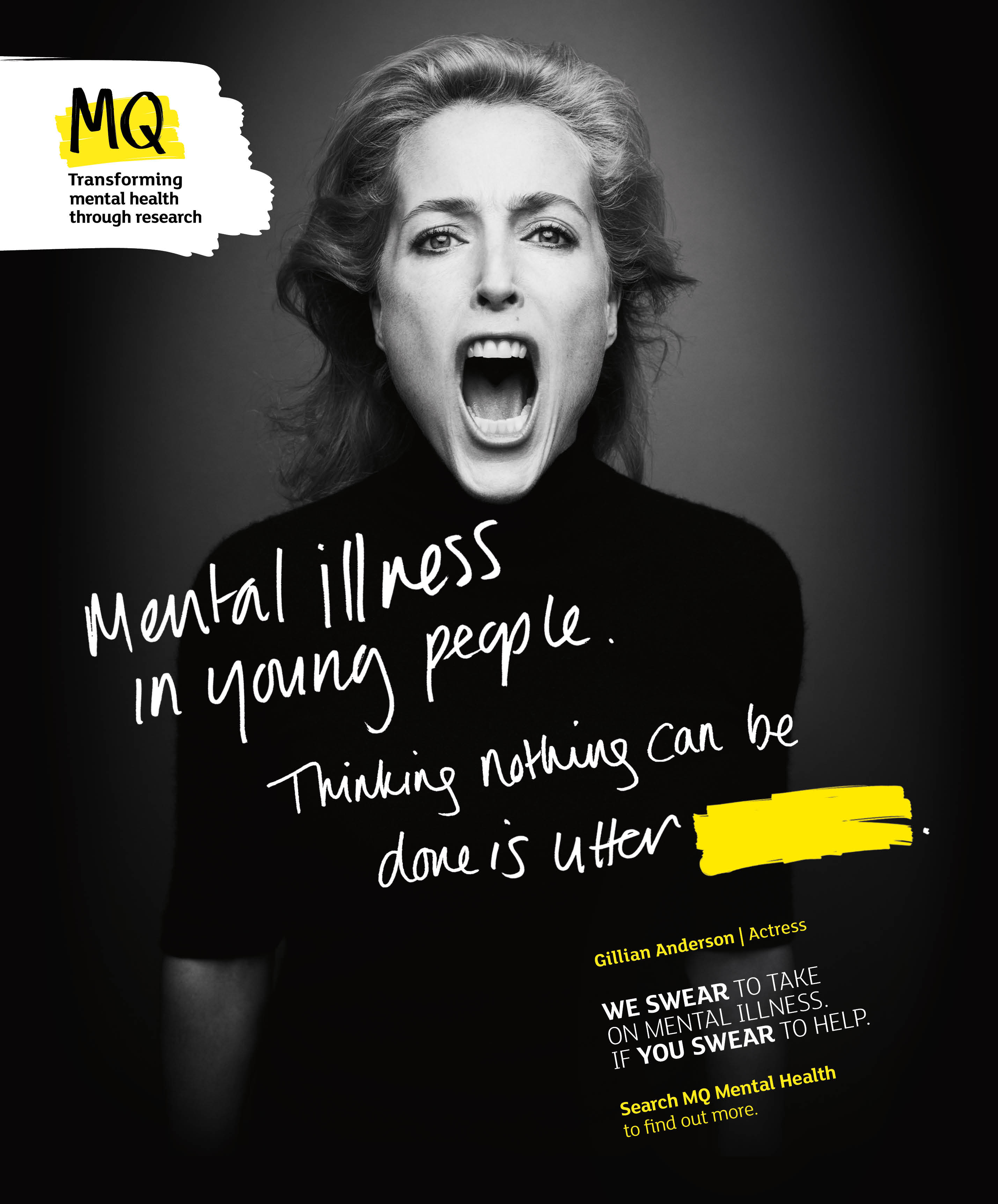