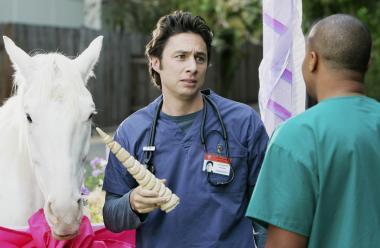 I’ve written a couple of things now about client/agency relationships, and how we could do one or two simple things to improve them. I think one of the biggest ones would be to bust the myths surrounding agency and client marketing folk, once and for all.

I was once asked by an agency head (when I returned from three years on the client-side) to write a presentation along the lines of 'agencies are from Mars and clients are from Venus'. I realised through the process of writing it that actually agencies and marketing clients are just from slightly different parts of Mars. We’re not so different really – but lots of myths still exist to the contrary, and they’re rarely flattering or helpful. In fact my friend and ex-colleague Kevin May (formerly of JWT & AMV, and a former client at BT) once described it to me as a 'minefield of fallacies'. An apt descriptor for how dangerous they can be to client/agency relations.

These myths are as old as time, and don’t seem to be going anywhere. So I think it’s time we broke them down, exposed them for what they are (myths) and once we kill them, to make sure they stay dead.

Outdated ideas
Myths such as all marketing clients are rational, passion-free, ruthless folk who (if they’re not carefully 'managed') will ruin any chance of creative greatness occurring. Myths such as all agency folk are airy-fairy luvvies who only give a crap about winning awards and then naffing off down the Ivy for the afternoon.

So I started to ask myself: how do these myths still exist in 2013? Where do they come from? Why do they persist? But more importantly, how can we get rid of them?

Now there is nothing wrong with a bit of creative friction. It leads to debate and can often take you into new and interesting places. But these myths of 'Venus & Mars' need to die, and quickly. They are unhelpful. They foster an atmosphere of mutual distrust. They create an adversarial relationship that stops true partnership and hinders getting to good work.

I’ve got a plan

This is the first in a series of three pieces on client-agency relationship. Stay tuned for part two…

Kevin is executive planning director at mcgarrybowen London. You can read more from him here.