Americans and Brits: Divided by a common language

Divided by a common language. 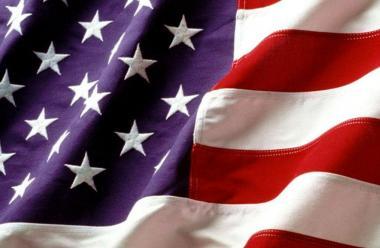 Steve Jobs beats Shakespeare, silence is not golden, and leave irony to Letterman. Should you find yourself working in the US or with American colleagues, follow Judie Lannon’s guide to the rather different manners of the American office.

A British friend of mine just moved to take a senior job in a US company with offices around the country.  I saw him recently for lunch and asked how he was getting on.  “Judie,” he said, “Americans are so strange!”

Allyson Stewart Allen’s excellent book, Working with Americans (which should be the bible for anyone either working with American business people in this country, or more importantly, working on the US), covers all manner of differing attitudes and practices that an unsuspecting UK executive might not know, even though everyone here seems to think they know much more about the US than they actually do.

I felt I should help my friend with a few observations not covered in Allyson’s book but based on my experience of coming to work in this country from Chicago many years ago, as well as watching a selection of UK executives struggle in a US environment.

Here is a series of principles that an aspiring UK executive might consider should they find themselves posted to the US.

·         Avoid anything resembling a Zen approach. When I first began attending meetings with some extremely intelligent and well educated UK advertising executives, it became clear that you didn’t speak unless you had something concrete – preferably original and succinct – to say.  Silence equated to deep thinking.  Not so in the US.  If you say nothing, the conclusion is clear: you have nothing to say and should be ignored in future when you do say something.

·         Speak more but say less.  If you are the boss, you are expected to have a lot of important things to say. Increase your quantity of output by about 20% using a judicious selection of jargon that you would be embarrassed to have your friends hear (your friends won’t hear and your audience will have only minimal jargon/bullshit filters).  A certain amount of meaningless waffle will act as good, unthreatening, bonding glue.

·         Arm yourself with a good selection of easily recognised sports metaphors.  Baseball or football (American) work well. Perhaps even choose a team to vaguely follow.  Drink beer from time to time.

·         Don’t over share. Lonely as a senior job may be, try to avoid confiding anything that might lead someone to question your authority or something to be kept secret. This may be a principle applicable to everyone working in a different culture. It will take a long time before you can be confident that they take your utterances in the way you intended and a very long time before you have a safe grasp of what they think of you.  You will be freighted with all manners of stereotypes (and vice versa) that will take ages to dispel.  Some may even be true.

·         Avoid intellectualism at all costs. Don’t quote poetry, Shakespeare or other classical references.  American audiences may love Downton Abbey and as and other aspects of Britishness; they may admire English literature in general, but never in the office. If you must quote somebody, try Steve Jobs.

·         Use irony sparingly. This used to puzzle and rather annoy me until I analysed what seems to be a common perception amongst Brits: that Americans don’t understand irony.  How could an ‘irony deficiency’ be true when US television at its best is rich in it?  But the same person who will find the irony of Jon Stewart, Friends, Letterman, etc hilarious will rarely use it in the office.  Why? I think it’s because there is a sharp division between ‘real’ life and ‘office life’.  In Britain, you’re encouraged – or at least allowed – to bring your private life into the office.  In the States, it’s rather bad form and possibly dangerous.  Jobs, titles and protocols are taken seriously and you never know who is going to take a joke the wrong way.

·         When judging recruits, devise a cunning selection of scenarios, and ask what he/she would do in the circumstances.  You will learn very quickly that what anyone says about themselves, their numerous successes and zero mistakes is complete bullshit. Self-invention is a national pastime.

There is a very useful book, published many years ago, called Never Confuse a Memo with Reality. Dated in the technology but not in the advice, it gives the flavour of the US office which is timeless (with the exception, probably, of Silicon Valley and other wannabe casual environments). Indeed, to the extent that certain aspects of corporate life cross borders, it is full of good advice for Brits at home as well.  Here are some examples:

·         When waiting in a lobby for a meeting or to meet someone, don’t sit down. (I would add, never find yourself in a soft chair – you will struggle clumsily to get up. And always choose the largest chair in the room.)

·         Life is made up of ambiguous victories and nebulous defeats. Claim them all as victories.

And 354 others along similar lines.

Never Confuse a Memo with Reality by Richard A. Moran. http://www.amazon.co.uk/Never-Confuse-Memo-Reality-Business/dp/0887306691