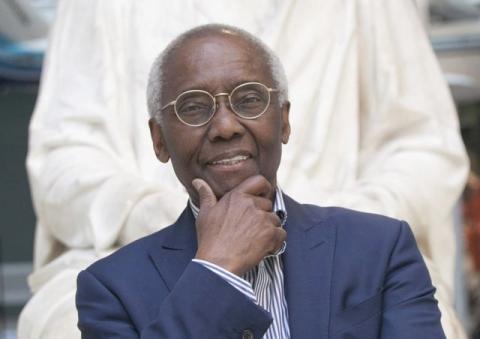 Professor Emeritus Sir Geoff Palmer OBE arrived in London as an immigrant from Jamaica in 1955 to re-join his mother who left Jamaica in 1948. After leaving school in London in 1958, he worked and attended evening classes to improve his qualifications. He subsequently entered Leicester, Edinburgh and Heriot Watt Universities where he gained BSc, PhD and DSc degrees, respectively. Sir Geoff is a Board Member of various organisations. He has published books on different subjects and has received various research, academic and community awards. Professor Palmer is an Honorary Freeman of Midlothian, Scotland, gained an OBE in 2003 and was Knighted in 2014 for his contributions to science, charity and human rights. He maintains charitable links with Jamaica. Professor Palmer has been part of the Windrush Campaign. He is an advisor to the Honours System in Scotland, is Chair of the Edinburgh Mela and is a history advisor to Glasgow University which is the first institution in the United Kingdom to state that because it has benefited significantly from Caribbean slavery it will provide educational assistance to Caribbean students. The Scottish Government has presented Sir Geoff Palmer as its champion of Diversity and Inclusion