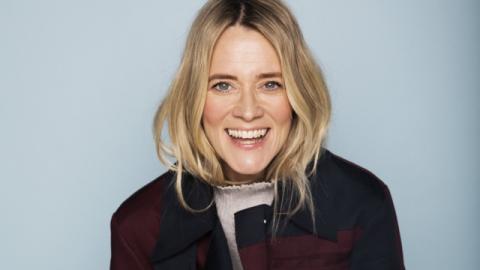 Edith Bowman has worked as a TV and Radio broadcaster for over 20 years. Her radio work has spanned all the major stations, presenting shows on BBC Radio 1, 2, 6 and 5Live as well as Virgin Radio. As a TV host and producer she has fronted a versatile mix of shows for BBC, Channel 4, Sky Arts, MTV and the list goes on.

From hosting music festival coverage and the BAFTA Scotland Awards to presenting dozens of movie premieres Edith has incorporated her genuine passion for, and in-depth knowledge of, music and film in to her work. In 2016 she launched her own podcast “Soundtracking” allowing her to combine these two loves – ARIA & New York Festivals Radio Award Winning Soundtracking With Edith Bowman has become the go to music and film podcast where you can hear Edith talk to directors, producers, actors, writers and composers about their relationship with music both professionally and personally.

Edith will host our St Andrew's Day Celebration on November 30, make sure and book your tickets now.