'If it can be written, or thought, it can be filmed.’ Stanley Kubrick

I recently attended an exhibition about the work of film director, Stanley Kubrick (The Design Museum, London, until 15 September 2019).

Born in 1928 to a Jewish family, Kubrick was raised in the Bronx, New York. His father was a doctor. He loved reading, playing chess, listening to jazz and watching the New York Yankees. He was intelligent, introverted, quiet and shy. He skipped school to see movies and achieved only moderate grades.

At the age of 13 Kubrick's father bought him a camera. He took to roaming the streets in search of interesting subjects and briefly attended evening classes. In 1946 he got a job as a photographer for Look magazine, and by the early 1950s he was making short films on modest budgets.

In 1956 Kubrick made his first major Hollywood movie, the classic film noir, ‘The Killing.’ He went on to direct a definitive anti-war movie, 'Paths of Glory.’ He shot the sword-and-sandals blockbuster, ‘Spartacus’. He addressed issues of sex and violence in 'Lolita' and 'A Clockwork Orange.’ And with 'Dr. Strangelove’ he found comedy in the threat of nuclear apocalypse.

Kubrick was enormously versatile, leaping comfortably from one genre to the next. He created a seminal science fiction movie, '2001: A Space Odyssey'; a classic horror film, 'The Shining'; a definitive Vietnam War picture, 'Full Metal Jacket.' And he set new standards for aesthetic naturalism in the historical drama, 'Barry Lyndon.'

'He is incapable of repeating a subject, as it would mean repeating himself.’ Film critic Alexander Walker (1971) 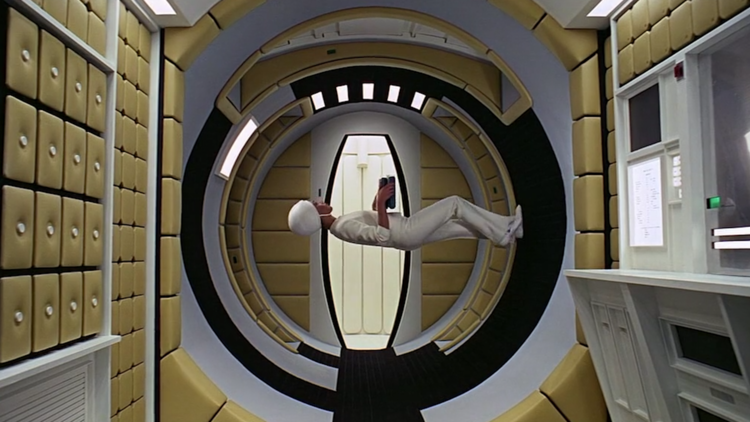 At the exhibition we get a glimpse inside the mind of Kubrick. Through his lenses, cameras and dollies, his Steenbeck 6-plate 35mm editing table, we can appreciate his fascination with technology. Through his card index, numbered shooting schedules and exhaustive location shots, we understand he was a perfectionist with an eye for detail. Through his memoranda, letters and production notes, we comprehend his insistence on complete creative control. We see his scribbles, sketches and scripts, his props, faxes and call sheets. Everything is highlighted, annotated, underlined and colour coded.

There’s a piece of writing paper that he was testing. At the top he has typed: ‘This is how it types.’ Below that in red script he has written: 'This is how it takes ink.'

Let’s consider the lessons that Kubrick suggests for people working in the creative industry.

Kubrick was well versed in the grammar of film and he read extensively for inspiration. He preferred to adapt a book rather than write an original screenplay.

There seems to be a theme running through his work: a concern with dehumanization, the struggle of the individual against the system – the state, the empire, the military machine; technology, convention and the evil within us all.

'When a man cannot choose, he ceases to be a man.' -  Anthony Burgess, ‘A Clockwork Orange’

This is a film-maker with a strong vision of what he wants to create. And yet Kubrick was reluctant to decode his work and preferred that it should speak for itself.

'There's something in the human personality which resents things that are clear, and conversely, something which is attracted to puzzles, enigmas, and allegories.’

When Kubrick was 12, his father taught him chess. He played the game on set with his actors, and it featured in many of his films.

'You sit at the [chess] board and suddenly your heart leaps. Your hand trembles to pick up the piece and move it. But what chess teaches you is that you must sit there calmly and think about whether it's really a good idea and whether there are other, better ideas.’

Script, soundtrack and set design; cast, costume and cameras. Everything Kubrick did was planned meticulously, plotted fastidiously. He calculated many moves in advance.

After he had decamped to England in 1969 Kubrick was unwilling to travel. So for ‘Full Metal Jacket’, he transformed Beckton Gas Works in London into the Vietnamese city of Huế, using 200 living palm trees flown in from Spain and 100,000 plastic tropical plants from Hong Kong.

Kubrick was always alert to the possibilities afforded by new technology.

For ‘2001’ he employed a Slitscan machine to create a psychedelic flow of colours. He commissioned a groundbreaking gravitation drum, a 12m-high wheel that created the impression of weightlessness. It took six months to build and cost more than £580,000.

For ‘Barry Lyndon’ Kubrick was determined to capture the atmosphere of eighteenth century paintings, and so for many of the indoor scenes he eschewed artificial light. He shot with triple wicked candles and employed a Zeiss f0.17 highspeed lens that had only recently been developed for NASA.

In ‘The Shining’ Kubrick used the newly invented Garrett Brown Steadicam to glide through the halls of the Overlook Hotel as if on ‘a magic carpet.’

Kubrick was frustrated by his experiences on the 1960 movie ‘Spartacus’ when he didn’t have full creative control. He had rows with the studio, his lead actor and the chief cinematographer. He vowed never to compromise again.

More than any other modern film-maker Kubrick wrote, directed and edited his own material.

'Nothing is cut without me. I'm in there every second, and for all practical purposes I cut my own film. I mark every frame, select each segment, and have everything done exactly the way I want it.’

Despite his obsessive commitment to control, Kubrick worked with people he admired that could bring something unique to his films.

And yet Kubrick’s tendency to micro-manage could extend to his collaborations. It is estimated that the legendary Saul Bass had to show Kubrick 300 different versions of the poster for ‘The Shining’ before the director was satisfied.

Kubrick didn’t regard music as a secondary or supportive element of film-making. For him it was a critical part of communication.

‘Music is one of the most effective ways of preparing an audience and reinforcing points that you wish to impose. The correct use of music, and this includes the non-use of music, is one of the great weapons that the filmmaker has at his disposal.’

And so Vera Lynn’s ‘We’ll Meet Again’ played over a ninety-second montage of nuclear explosions at the end of Dr. Strangelove. Strauss waltzes accompanied the docking sequence in ‘2001.’ And Wendy Carlos’ version of the thirteenth century Latin hymn ‘Dies Irae’ introduced us to ‘The Shining.’

On set Kubrick listened constantly to music until he discovered something he felt was right. For the duel scene in 'Barry Lyndon’ he sampled every available recording of seventeenth and eighteenth century compositions before he arrived at Handel’s Sarabande.

Kubrick reportedly exposed 1.3 million feet of film while shooting ‘The Shining’, the release print of which runs for 142 minutes. Thus his shooting ratio was over 100:1 when a ratio of 5 or 10:1 is considered the norm.

This didn’t trouble Kubrick. Indeed he regarded editing as absolutely critical to his creative process.

'When I'm editing, I'm only concerned with the questions of 'Is it good or bad?' 'Is it necessary?' 'Can I get rid of it ?' 'Does it work ?' I am never concerned with how much difficulty there was to shoot something, how much it cost, and so forth. I'm never troubled losing material. I cut everything to the bone. When you're shooting, you want to make sure you don't miss anything and you cover it as fully as time and budget allow. When you're editing, you want to get rid of everything that isn't essential.’

Kubrick was notorious for demanding multiple takes, often shooting up to fifty for any one scene. Shelley Duvall was asked to perform the baseball bat sequence in ‘The Shining’ 127 times.

On the one hand this may be because he had a very precise idea of what he wanted. But it may also be because he was waiting for the indefinable magic of film.

‘You cannot go very far without the magic. Great performances come from the magical talent of the actor plus the ideas of the director.’ 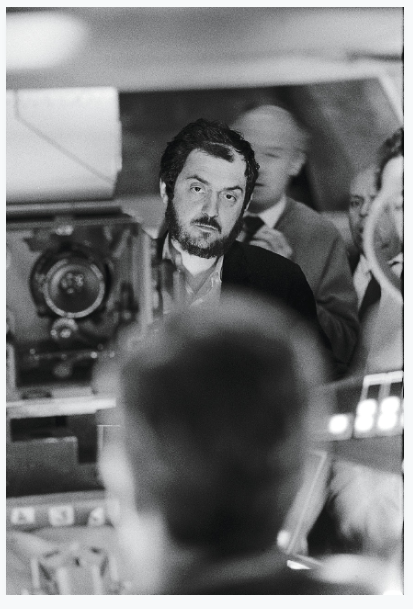 Of course, Kubrick was a flawed genius. Sometimes his films seem somewhat emotionally cold. It’s hard to watch ‘Lolita’ and ‘A Clockwork Orange’ now. And I’m not sure there was ever a good time to see ‘Eyes Wide Shut.’

Kubrick could also fall victim of his own fastidiousness. He spent years planning a film about Napoleon, accumulating 25,000 index cards, 18,000 photographs and countless books. But the studio was spooked by the failure at the box office of another Napoleon movie, and the project never came to fruition.

Nonetheless I left the Kubrick exhibition with a strong sense of what it takes to be a truly great director: the vision and passion; the research, plans and preparation; the robust sense of self and the enduring commitment to maintain authorial control.

Indeed Kubrick gave us a compelling definition of the role of a director in any creative enterprise:

‘A director is a kind of idea and taste machine; a movie is a series of creative and technical decisions; and it’s the director’s job to make the right decisions as frequently as possible.' 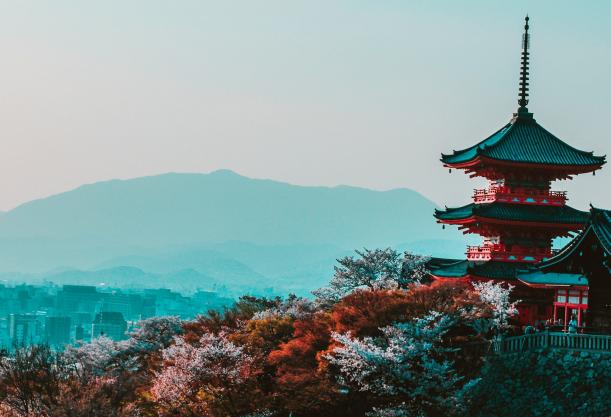 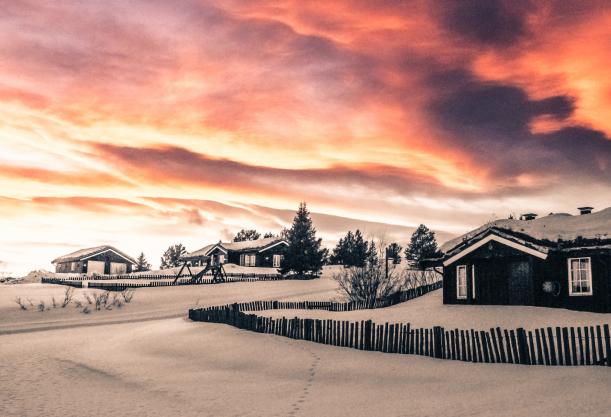 The freezer in the garden shed: An untidy life can spark joy too