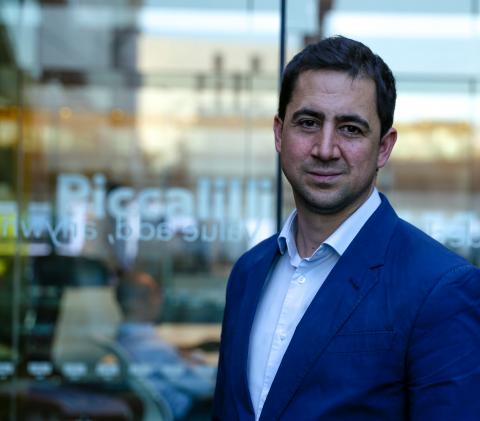 Arif joined Bloomberg in 2015 as its first Commercial Editor in EMEA, tasked with building its branded content and commercial editorial operation. Promoted to Executive Editor in the summer of 2017, he is responsible for custom editorial across Bloomberg's portfolio of media brands, including Bloomberg.com, BusinessWeek and Bloomberg TV.

He manages a pool of writers and editors and works closely with creatives and producers for multi-million pound commercial partners across business, finance, technology and luxury sectors. He brought his experience running news desks and video teams for business publishers to content marketing, and helped Bloomberg Media Studios win six major industry awards in his first two years, including the Drum and BIMA Awards in the UK and Telly and MIN awards in the US.

Prior to Bloomberg Arif spent 15 years working in the newsrooms of business magazines and newspapers. He was an established media and technology columnist at industry bible Campaign magazine and a contributor to the Guardian and City AM newspapers. As editor of Haymarket's Brand Republic Group he led what was then the UK's largest marketing site, named AOP's Digital Business Publisher of the Year in 2011.

If you don’t have time to innovate in 2021, think again

I first heard the phrase “DBK” around 10 years ago in Facebook’s new and fast-growing London office, its first office

Why a vision has never been so important in business

What does your business look like “post-Covid”? It’s a recurring, inescapable question right now, and one that goes to the

Ready to step outside

The sun is shining, life is returning to our streets and, for those in the business of brand building, a

One way to combat climate apathy must be to make the crisis a part of our daily conversation, writes Bloomberg's