Has Brexit changed the Asian view of Britain? 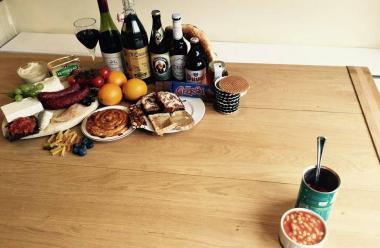 In Asia, Britain has a very clearly defined brand personality. High on the list of unprompted associations are fish & chips, football, the Queen, Buckingham Palace, Princess Diana, Piccadilly Circus, Harrods, and Leicester Square. Okay, it’s really Brand London, but that’s another story. Asian perceptions of Blighty are clearly a mixture of stereotypes, over-simplifications and irrelevant nostalgia for the days of Empire. Not unlike Britain’s perceptions of itself, it transpires.

Has Brexit changed the Asian view of Britain? Social volatility, sudden change and confrontational politicking don’t fit well with a Confucian worldview, where values of harmony, compromise and cohesion matter more. In the last few days, I’ve heard it called ‘just Britain, no longer Great’, ‘less cosmopolitan’, ‘less confident’ and ‘weak-minded’ (Health Warning: that last one from Chinese state media, who clearly have a vested interested in the maintenance of any political status quo). Although the reasons people voted ‘Leave’ are many and complex, the campaign’s hijacking by right-wing politicians has profoundly affected perceptions of the UK abroad. No longer the creative, diverse and inclusive host of the 2012 Olympics, we’re being mentioned in the same breath as Donald Trump’s America. God forbid.

Consider the new proof points of Brand Britain: two ineffectual, blundering twats from an elite public school playing poker with a nation’s future: a squabbling government, a crumbling opposition, and a xenophobic right-wing politician on the ascendancy. To top it all off, reports that the second highest Google search in the UK was ‘what is the EU’, just hours after we voted to leave it, has made the UK an object of global ridicule. Our proposition is unclear, our purpose muddled, and the masterplan for future growth is apparent to no-one, least of all the management team (whoever they are).

On the plus side however, Britain has suddenly become a great value brand. And by that I mean cheap, not full of charisma and soul. The headlines in Singapore today are still covering predictions for the exchange rate against the Singapore dollar. Meanwhile Chinese tourists are reportedly eyeing up the UK as a more cost effective holiday destination. Perhaps negative perceptions don’t really matter if a bargain is just around the corner.