The Bible and advertising, by Dave Trott

The Bible and advertising 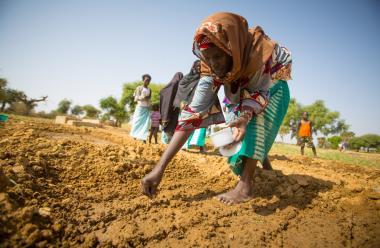 When I was little, my mum used to send me to Sunday school.
We’d get given a religious stamp for our stamp books.
Each stamp had a picture of whatever parable we’d learned that week.
All the other kids wanted to get the full set in their little books.
But I liked the parables best.
The way they took a complicated lesson and broke it down into a simple story that would stick in your mind.
I liked this way of imparting information.
I recently had an example of a parable.
An art director contacted me asking for a favour.
The last time I heard from them was when they graduated from college.
At that time I said remember to stay in touch with everyone who interviews you, build up a network, write an email occasionally.
But they ignored me and I never heard from them again.
Until years later when they wanted something.
By which time I didn’t care because I had no relationship with them.
It reminded me of a parable I’d heard as a child.
One farmer prepared his field, he dug it and turned the soil over.
The other farmer did nothing.
Then the first farmer planted the seeds and watered the field.
The second farmer still did nothing.
Eventually, the second farmer just threw seeds all over his field.
But the ground was hard so the seeds just lay on top.
And the birds come down and ate all the seeds.
Later the two farmers came back to look at their fields.
The first farmer had a crop of wheat ready to harvest.
The second farmer had nothing.
Now that’s a simple story, but it makes a good point.
I had been talking to that art director about preparing contacts that they might need later on.
But they ignored me.
Then, later on when they did need contacts, they were surprised they didn’t have any.
I think that’s how most people are.

VW recently ran a campaign saying “If Only Everything In Life Was As Reliable As Volkswagen”.
They could do it because VW had spent forty years advertising reliability.
Now imagine if Renault, or Fiat, or Vauxhall ran that campaign.
It wouldn’t be credible for them.
Because they change their advertising all the time, so they haven’t built up a reputation for anything.
That’s what most clients do.
They chop and change their advertising all the time.
Then they run a campaign that says whatever they feel like right now, without thinking about what’s credible.
But of course they haven’t earned a reputation.
And just like that art director, they learn it doesn’t work like that.
If you don’t put in the effort beforehand, you can’t reap the reward.
BTW, that parable was called Sowing Seed On Barren Ground.